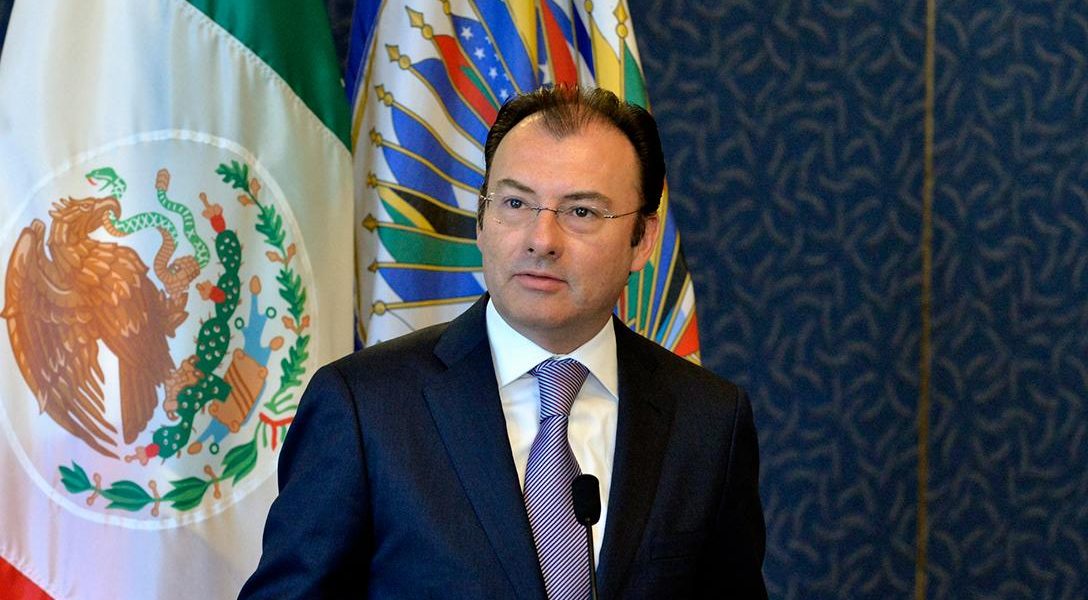 In the News: Mexico has stated that it would not accept the new US immigration proposals and vowed it would go to the United Nations to defend immigrants rights. Luis Videgaray, Mexico’s foreign minister, stated, “I want to make clear, in the most emphatic way, that the government of Mexico and the Mexican people do not have to accept measures that one government wants to unilaterally impose on another.” About this photo: Luis Videgaray in 2014.  Photo credit: OAS - OAS / Flickr (CC BY-NC-ND 2.0)
Editors' Picks

The deletion was in response to director Asghar Farhad’s comments made in protest of Trump’s travel ban.

“There must not be a bail-in,” said Germany’s deputy finance minister. The insistence is that the IMF will still work out a solution with the beleaguered country, and Greece’s debt will not need to be written-off.

Facebook, Inc. will soon ramp up test flights of its solar-powered Aquila drone.

David Sirota writes, “A small handful of companies control most of the media in America — and according to two powerful CEOs, major media conglomerates may be given the ability to further consolidate the industry. That long-sought deregulatory gift would come from the media industry’s most famous critic, Donald Trump.”

Tom Perez has been voted the new DNC chair, beating the initial frontrunner Keith Ellison who had support from both establishment and progressive Democrats. But was the push for Perez, including by the Obama White House, another power play against the Bernie Sanders wing?