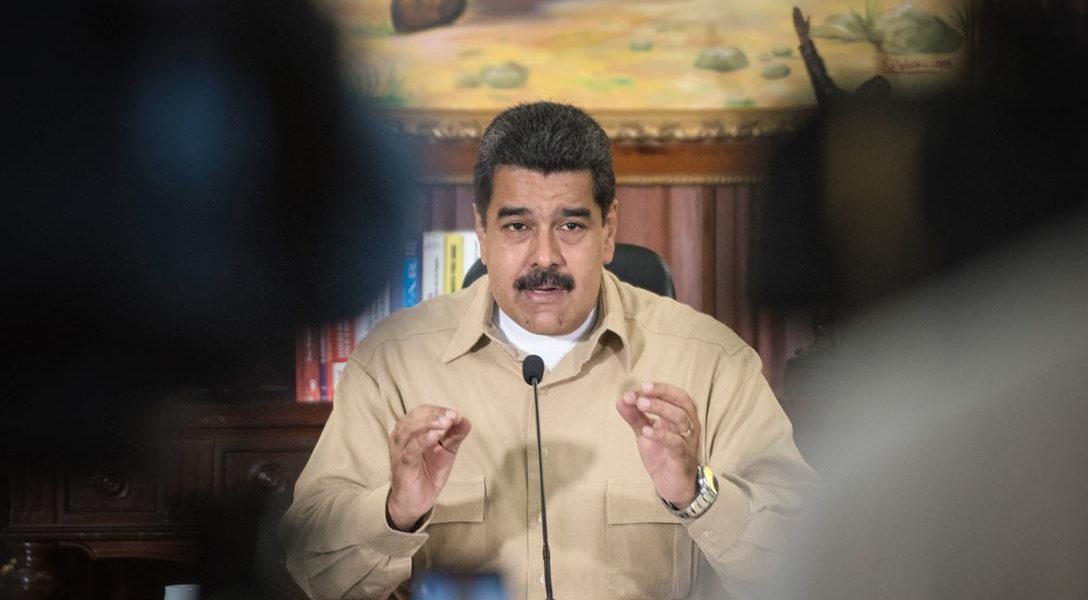 Civil War in Venezuela? Venezuelan President Nicolás Maduro held an election of an assembly charged with rewriting the constitution and reforming or dissolving other state institutions, including parliament. The assembly was approved although turnout was low. Response inside and outside Venezuela has been very negative. Photo credit: Eneas De Troya / Flickr (CC BY 2.0)
Editors' Picks

More US Troops to Eastern Europe

This author and biophysical economist argues it can not. … At least, not at the rate modern capitalism requires. But this is not a piece advocating expanded oil, gas and coal output as much as it’s a warning about assumptions regarding same-as-it-ever-was growth policy.

The number now reaches 30,000. Training sessions include “Cold War” tactics, such as flashcards that to help understand Russian.

Is Trump Tweeting the US into War with North Korea? (Jimmy)

The Intercept’s Jeremy Scahill talks with foreign policy expert John Feffer about the history of North Korea and its leaders, as well as Donald Trump’s reckless tweets.

When the Comments  are Better Than the Article (Russ)

The Times reports on Mexico’s spiraling drug-related violence. The readers raise the issues the paper doesn’t – like the impact of American recreational drug users, and the role legalization could play in ending the crisis. Read the comments.

Netanyahu in the Hot Seat (Dan)