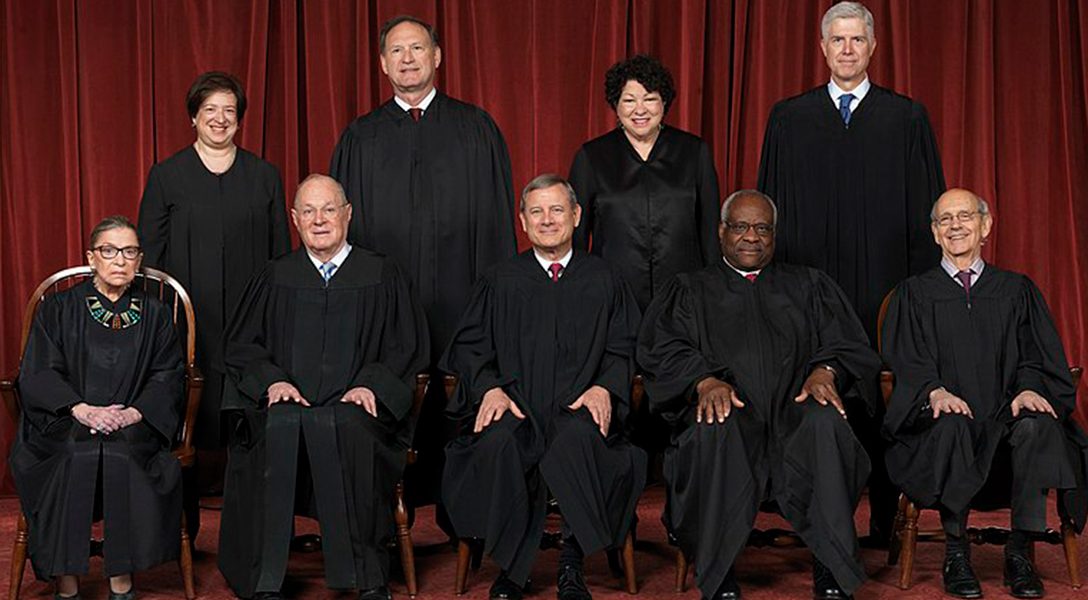 Garbage In, Garbage Out: A new study reveals the US Supreme Court sometimes uses bad data to document “legislative” facts in forming opinions on cases. Justices can glean bad data from amicus briefs, the lawyers involved, their own research, and other sources. Photo credit: US Supreme Court / Wikimedia
Editors' Picks

Stronger future Santa Ana events have been predicted in California. This year’s fire and hurricane seasons are “consistent with models of a changing climate.”

US Betrays Kurds Again — By Siding with Iran (Dan)

The US allowed Shiite militias aligned with Iran to effectively take over certain parts of Kurdish territory after the Kurds voted in an independence referendum. Almost no one had supported the vote, including the US, Iraq, and Iran, because Kurdish territory spans parts of the latter two’s countries. Some Kurds believe the US is “punishing” them for the vote.

Texas Town Tells Hurricane Harvey Victims: No Aid Unless They Pledge Not to Boycott Israel (Jimmy)

The ACLU writes, “The city of Dickinson, Texas, is requiring applicants for Hurricane Harvey rebuilding funds to certify in writing that they will not take part in a boycott of Israel. The American Civil Liberties Union criticized the city’s condition as a violation of free speech rights.”

The author writes, “Governor Jerry Brown signed a bill Friday that will make one year free for students at the state’s 114 community colleges, so long as they are residents and new students who are enrolled full-time.”

That’s what the Blairite side of Labour, who routinely stand against Labour leader Jeremy Corbyn, believe happened in 2016. And they’re using the increasingly infamous George Soros to prove Russia’s involvement.