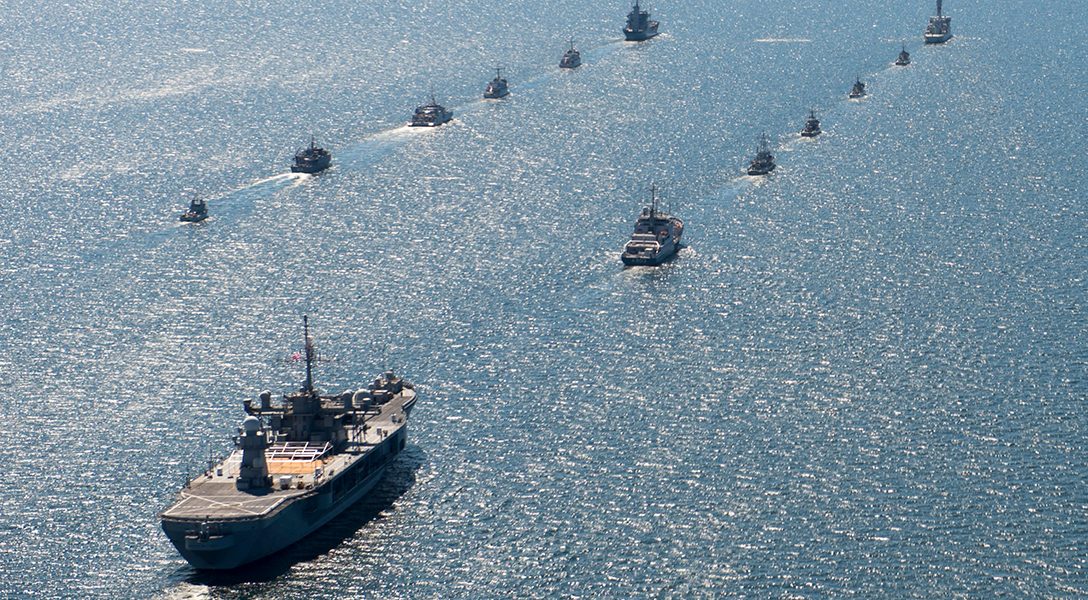 From CNN: "The US has begun making the necessary preparations to sail a warship into the Black Sea, a move that comes amid heightened tensions in the region following Russia's seizure of Ukrainian ships and detention of Ukrainian sailors." Photo credit: Commander, U.S. Naval Forces Europe-Africa/U.S. 6th / Flickr
Editors' Picks

From the Bloomberg Businessweek: “The opportunity zones in the new tax law are supposed to attract investment to low-income areas. But some of these neighborhoods aren’t exactly struggling.”

Opinion: No President Should Assume Office Without a ‘Fitness for Duty’ Exam (Reader Steve)

The author writes, “All American military personnel must pass a fitness for duty exam before they serve. Further, those who handle nuclear weapons undergo an especially rigorous screening process that is updated every year. That United States commanders-in-chief are not put to the same test before they are allowed to lead the troops or to order the use of nuclear weapons is, I believe, a serious omission.”

The author writes, “On the same day Donald Trump and Xi Jinping struck a trade war truce in Argentina, some 7,000 miles away Canadian authorities made an arrest that now threatens to make the US-China conflict much worse.”

From ThinkProgress: “The businesses who led the charge for a massive cut in the corporate tax rate still claim it is working great.”

From NBC News: “Lawmakers want to know why the Department of Justice agreed to allow a light sentence for ‘this monster.’”

The author writes, “George W. Bush gave a eulogy for his father today, and establishment sycophants everywhere are falling all over themselves to tell us that this means his presidency has been redeemed and piles of human corpses are awesome. I take some time here to yell at them.”