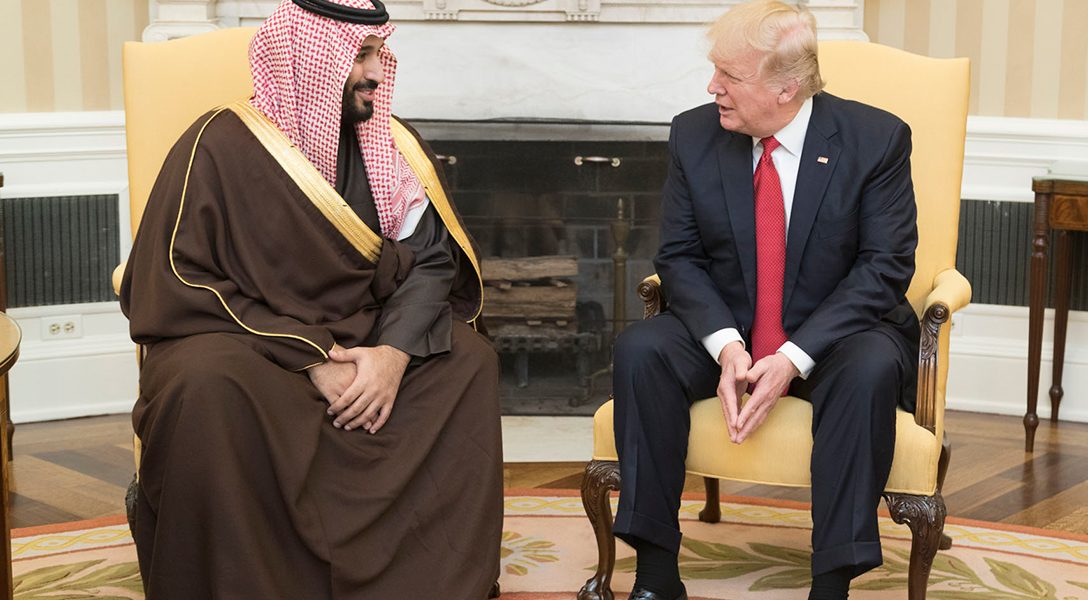 According to Bloomberg, “US intelligence services intercepted communications of Saudi officials discussing a plan to capture Saudi journalist and government critic Jamal Khashoggi, whose disappearance in Turkey last week threatens to damage the warm ties between Washington and the kingdom.” Photo credit: The White House
Editors' Picks

The Suffocation of Democracy (Chris)

The author writes, “If the US has someone whom historians will look back on as the gravedigger of American democracy, it is Mitch McConnell. He stoked the hyperpolarization of American politics to make the Obama presidency as dysfunctional and paralyzed as he possibly could. As with parliamentary gridlock in Weimar, congressional gridlock in the US has diminished respect for democratic norms, allowing McConnell to trample them even more. Nowhere is this vicious circle clearer than in the obliteration of traditional precedents concerning judicial appointments.”

The author writes, “The Republican presidential candidate’s affair could be exposed before the election, so the other woman’s silence was bought. Another woman wrote a tell-all book about her love life with the same married man. Long before Donald Trump and Stormy Daniels, there was President Warren G. Harding, whose sexual dalliances made history.”

The author writes, “It is virtually impossible to overstate the threat level posed to democracy and human rights in the world’s fifth most-populous country as a result of last night’s election. And unlike in the US or in the UK, which have old, strong, long-established democratic institutions that can limit the excesses and worst abuses of demagogues and authoritarians, Brazil has none of that.”

The author writes, “The Los Angeles City Council voted unanimously Tuesday to crack down on people who repeatedly disrupt their meetings at City Hall, defying attorneys and activists who charge that the new rules trample on free speech rights.”