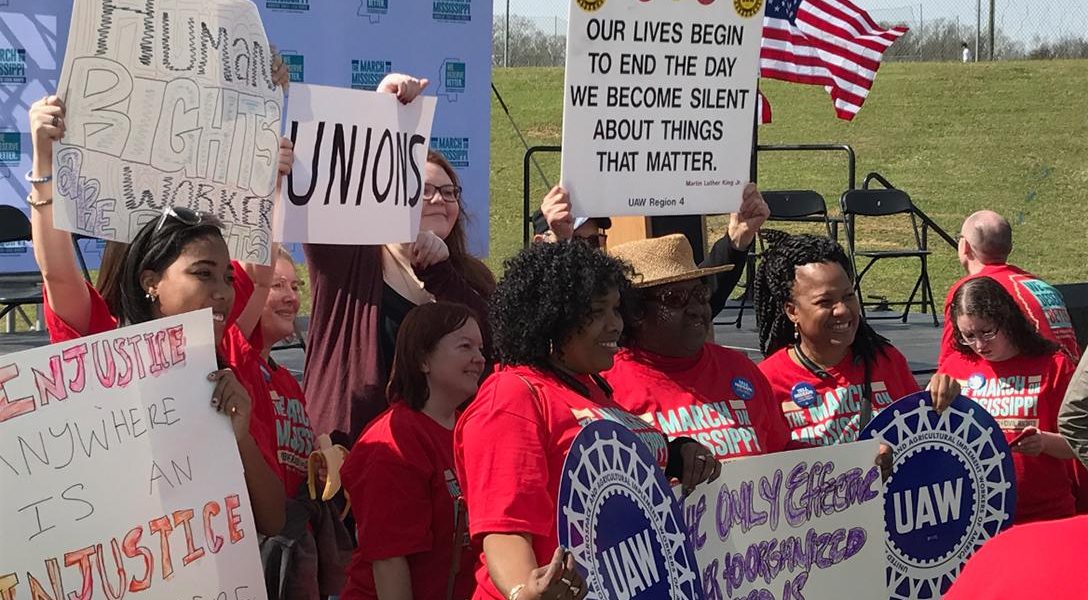 Collective Bargaining: As workers at Nissan's Canton, Mississippi manufacturing plant prepare to vote on joining the United Auto Workers dueling storylines are being told in the press. "Nissan Launches Anti-Union Blitz Ahead Of Pivotal UAW Election" and "Union Officials Allegedly Funneled More Than A $1 Million To Their Own Pockets." Photo credit: UAW
Editors' Picks

US to Arm Ukraine?

The idea, first proposed in the Obama administration, is again gaining steam under Trump.

Inspired by director John Carpenter’s 1988 cult classic “They Live,” the 43-by-23 ft. placard was originally intended for an American city, but according to its creator, Chicago-based artist Mitch O’Connell, “America is afraid to put up this tongue-in-cheek billboard.”

Georgia has contentious history with Russia. Pence attended the war games as well as promised Trump would sign the new Russia sanctions bill “very soon”. Maybe Trump and Russia aren’t so friendly after all?