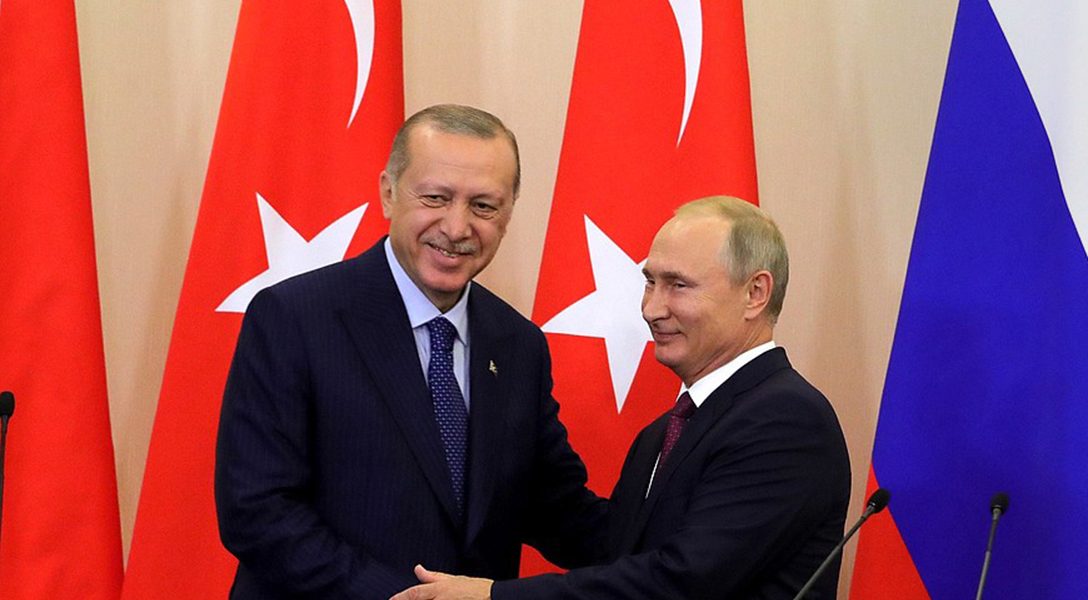 The Memorandum on Stabilisation of the Situation in Idlib, signed by Turkey and Russia on Monday, reopens trade between Ankara and Damascus and defines an Iranian-Russian-Turkish coordination role in implementing the ceasefires in Syria. The agreement is supported by the governments of Syria and Iran. Photo credit: President of Russia (CC BY 3.0)
Editors' Picks

The author writes, “A tweet can wreak havoc in a few hundred characters, as demonstrated in April 2013 when someone hacked the Associated Press Twitter account and claimed that explosions at the White House had injured President Barack Obama. There were no explosions — and Obama was fine — but the Dow Jones average sank by 100 points in two minutes. Stock markets swiftly recovered once the truth came out. Twitter, however, remained a breeding pool for false information.”

The author writes, “Twice in less than a year, the federal government has lost track of nearly 1,500 migrant children after placing them in the homes of sponsors across the country, federal officials have acknowledged. The Health and Human Services Department recently told Senate staffers that case managers could not find 1,488 children after they made follow-up calls to check on their safety from April through June. That number represents about 13 percent of all unaccompanied children the administration moved out of shelters and foster homes during that time.”

From the Wall Street Journal: “Mike Pompeo made [the] decision after being warned that a cutoff could jeopardize $2 billion in weapons sales to America’s Gulf allies.”

The author writes, “Preliminary estimates as of 19 September suggests that 3.4m poultry birds and 5,500 hogs have died since Florence made landfall last week, exceeding the number killed in the state with Hurricane Matthew in 2016.”

Echoes of the 2016 election’s document leaks, which were seen to damage Democratic presidential nominee Hillary Clinton, could be back to haunt Democrats this November. From Politico: “The White House and GOP leaders have cited ‘transparency’ as their motive, and Trump has suggested the documents will show anti-Trump bias in the FBI led the bureau to supercharge its 2016 Russia probe based on flimsy evidence.”