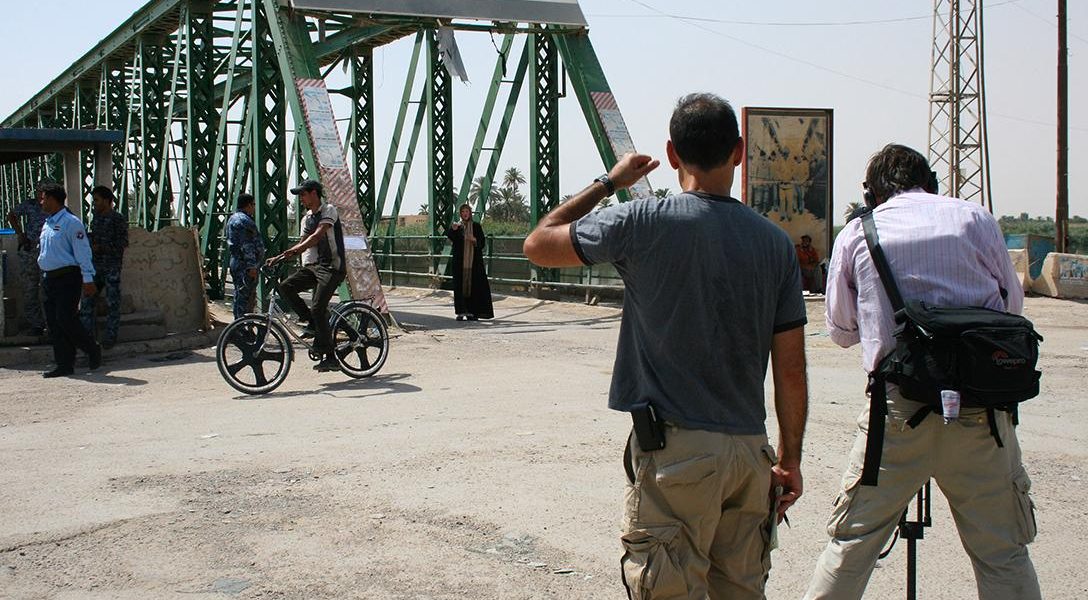 On the Day: Blackwater USA contractors were ambushed in Fallujah, Iraq on March 31, 2004. Iraqis attacked a convoy delivering for a food caterer. Scott Helvenston, Jerry Zovko, Wesley Batalona, and Mike Teague, were killed and their bodies were put on display hanging from a bridge. About this photo: PBS NewsHour team at Euphrates bridge in Fallujah, August 19, 2010. Photo credit: PBS NewsHour / Flickr (CC BY-NC 2.0)
Editors' Picks

US Senator Chris Murphy (D-CT) writes in an op-ed that Trump is quietly sending US troops into Syria, leading to a potential repeat of failure in Iraq, and that it is escaping appropriate scrutiny.

Either Democrats’ letters are getting lost in the mail or the Trump administration is simply ignoring them.

The new Washington Metropolitan Police Department commander’s focus on the matter of missing girls of color via social media has increased national attention to the city’s shockingly high numbers in recent years. Last week’s letter from lawmakers to Attorney General Sessions and FBI Director Comey requested that they “devote the resources necessary to determine whether these developments are an anomaly, or whether they are indicative of an underlying trend that must be addressed.”

Kushner: ‘America Should Be Run Like A Great American Company’ (Jimmy)

Well, in unexpected news of the day, Pamela Anderson expresses some emotional solidarity with Wikileaks founder Julian Assange: “Julian is a human being who is extremely empathetic and cares deeply about the world. And because of his work he has made some powerful enemies in a few countries, America especially, by exposing them…Our relationship is no secret and he might be the most famous political refugee of all time.”