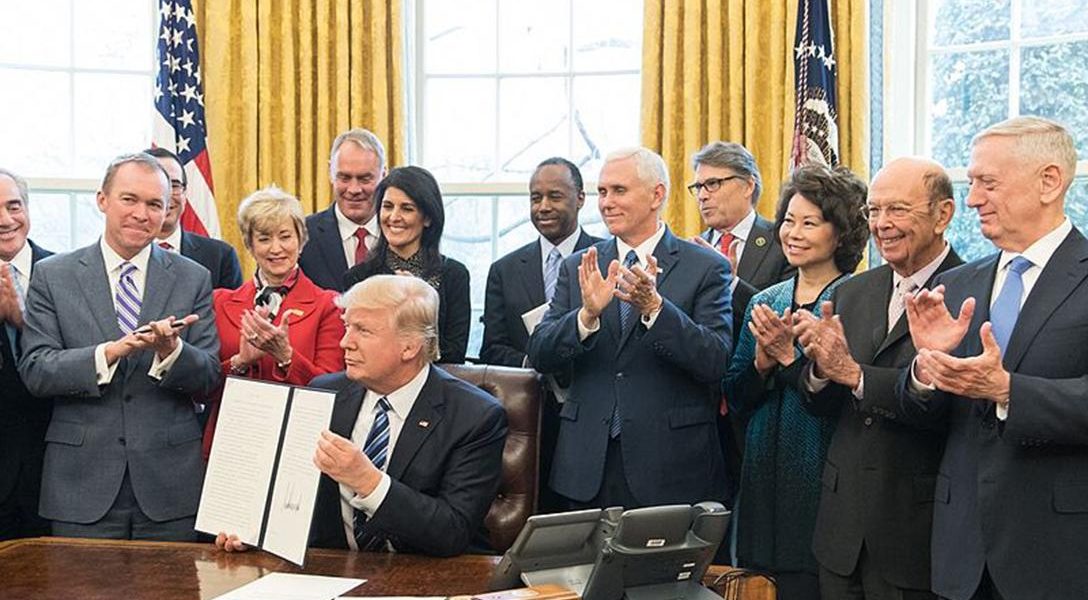 Evangelical Cabinet: “These are godly individuals that God has risen to a position of prominence in our culture,” said Capitol Ministries president and founder Ralph Drollinger. Photo credit: The White House / Wikimedia
Editors' Picks

The author writes, “Soldiers in the U.S. Army Reserve are suing the Pentagon and the Department of Homeland Security for stalling their citizenship applications after they joined the military through a program that promised them fast-track naturalization for their service.”

Deval Patrick is an Obama favorite, former Massachusetts governor…and Bain Capital employee. Can he bring together the party?