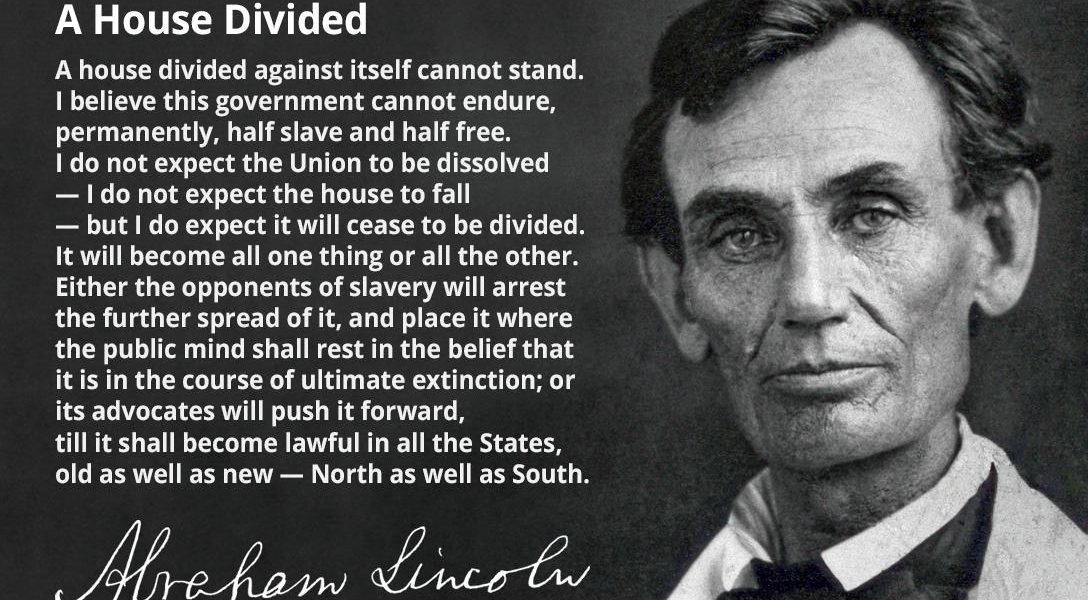 On this Day: Abraham Lincoln delivered his "House Divided Speech" on June 16, 1858 in the Illinois State Capitol in Springfield. At the time Lincoln was a practicing lawyer. Photo credit: Abraham Byer / Wikimedia and Abraham Lincoln / Wikimedia
Editors' Picks

The NYT Editorial Board writes, “None of the big questions have been answered. How will 5,000 more troops turn the tide, when the United States was unable to bring stability to Afghanistan when it had more than 100,000 troops there in 2011? What is the core American national security interest — defeating Al Qaeda, ISIS, the Taliban? Stabilizing the Afghan state? All of the above? None?”

Trump’s resorts and hotels have digital security holes that pose a risk to national security. Again, another instance when the President’s business empire plagues his political career.

Trump has friends and allies amongst Poland’s right-wing government as they look to increase military spending. The question is: can they find the funds?

“The Department is looking for ways to eliminate this kind of unnecessary duplication – just like any responsible American business would.”

US Inks Deal with Qatar, Despite Conflict (Dan)

The Gulf States are embroiled in a dispute over Qatar’s apparent “funding” of Shiite-led terrorism(i.e. Iran). Trump has echoed Saudi Arabia and UAE comments against Qatar, heightening tensions in the conflict. Yet a $12B dollar deal for US fighter jets shows that an argument won’t get in the way of capitalism.

The author writes, “For those of us from the Black Radical Tradition, anti-imperialism is central. Solidarity with the victims of U.S. imperialism is non-negotiable, and we can make no common cause with U.S. political actors that treat war as a political side show, an “elective” issue that is separate from domestic social justice.”

Ted Nugent Calls “Democrats” and “Liberals” to be “Civil”

A change of heart from a man who told Obama to “suck on his machine gun” and promoted a video of Bernie Sanders “shooting” Hillary Clinton.