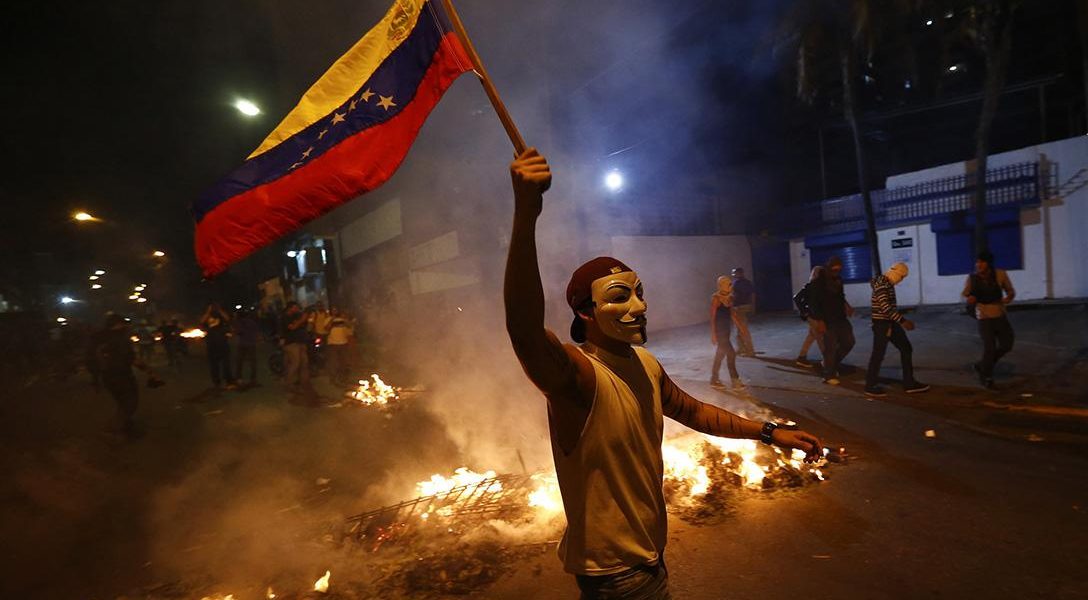 In the News: Opposition leaders in Venezuela organized protests against the government of President Nicolas Maduro  on Wednesday, April 19th.. The opposition says Maduro has created a dictatorship in the last few years and has repeatedly blocked attempts to relieve him from power by a referendum vote and has delayed local and state elections. The last election held in Venezuela, the parliamentary election of 2015, gave the opposition a majority. Many say elections since have been delayed because Maduro is afraid of the outcome. Photo credit: ビッグアップジャパン / Flickr (CC-SA-BY 2.0)
Editors' Picks

Fresno State University history lecturer and researcher, Lars Maischak, has been given the spring semester off with pay after Breitbart News reported the offending post. He told the Fresno Bee that it felt “cathartic, at the time,” but “to treat Twitter as of no more consequence than a journal was a poor decision.”

John Kelly believes the US is a nation “under attack” and at the highest threat since 9/11. While describing border security, Kelly alluded to Dante’s version of Hell. Leaves one to wonder what we should be prepared for.

“Newly declassified CIA files offer a glimpse of the playbook the Trump administration will reach for if it stumbles into a nuclear war,” writes Marc Ambinder.

According to a CBS report, the CIA and FBI are targeting an employee who leaked “thousands” of documents in March 2017. This is what likely became Wikileaks’ “Vault 7” release.