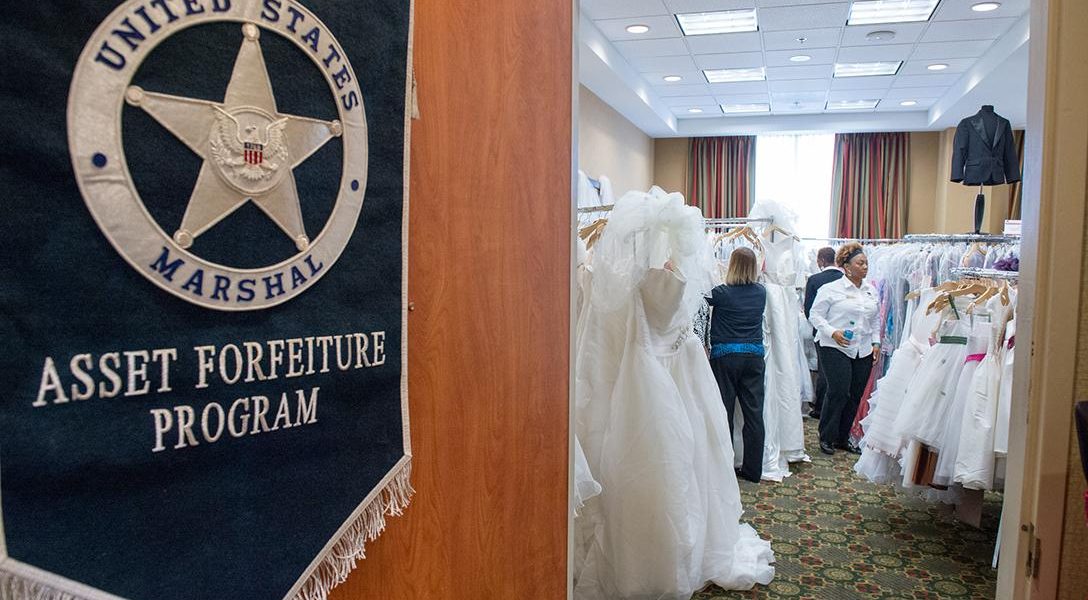 Sessions Expands Civil Asset Forfeiture: The National Review is calling on Attorney General Jeff Sessions to reconsider his plan to expand the use of civil asset forfeiture as tool in drug war, or if he won't reconsider, Congress should act to stop him. About this photo: The US Marshals and the GSA conducted an asset forfeiture sale of a wedding bridal boutique. Photo credit: Office of Public Affairs / Flickr (CC BY 2.0)
Editors' Picks

James Goodwin writes, “Only a preliminary review is necessary to confirm the harm the outlined policies would do to the nation’s hard-working families and communities and how they would exacerbate social inequality throughout our country.”

The program had been in place since 2013 under the Obama administration. A separate program run by US military to train rebels remains in place.

Instead of having the popular vote elect candidates to the Senate, ALEC wants to revive backroom deal making.

Holding on to Nuclear Weapons (Jimmy)

The author writes, “For months now there has been a frustrating hunt for ‘collusion’ between the Trump administration and Russia, but there is one clear example of collusion — along with the other half dozen or so nuclear weapons states — in opposing the Treaty on the Prohibition of Nuclear Weapons.”

Think there is a liberal stranglehold on media? This article details a few other players in the game.