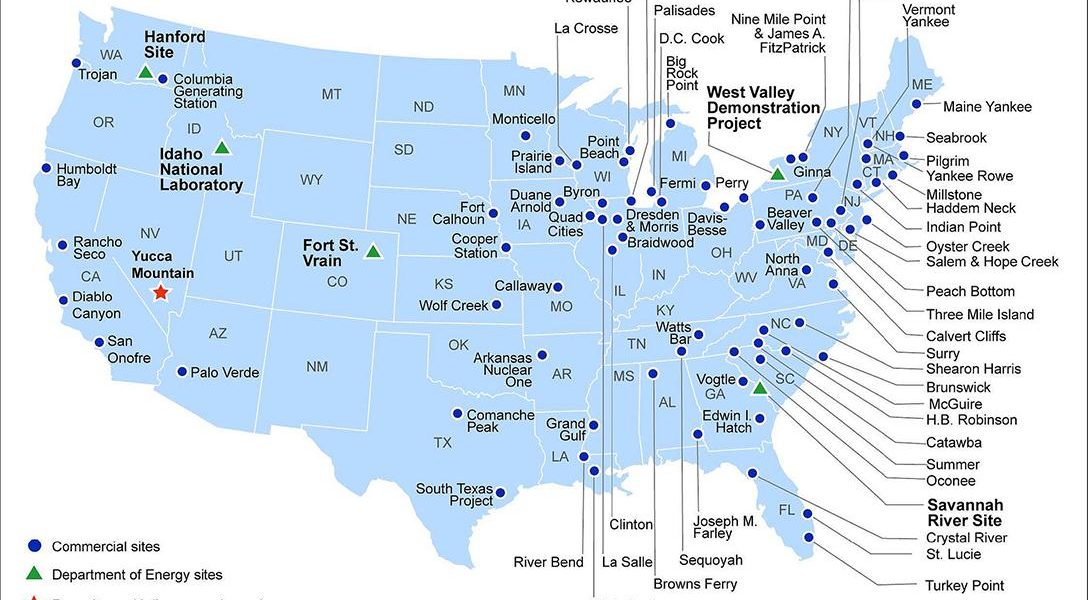 Chart of the Day: The US stores defense-related and commercial high-level radioactive waste and spent nuclear fuel in many sites across the country (see map). A plan to store all nuclear waste in a single repository in Yucca Mountain, Nevada was scrapped in 2010. The Department of Energy is still trying to develop an acceptable storage plan. Photo credit: US GAO / Flickr
Editors' Picks

Effects From Coral Dieoff Worse Than Once Thought (Jeff C.)

“It could lead to long-term loss of reef growth and so limit the coastal protection and habitat services these reefs presently provide,” one of the study’s authors said.

Trump and new AG Jeff Session plan to scrap the previous administration’s decision to rescind federal funding of private prisons in an effort “untie the hands” of the Bureau of Prisons.

The president’s daughter and her husband are reported to be “a moderating influence” on Trump’s environmental views.

Geolocation Privacy and Surveillance Act Introduced in US Congress  (Jimmy)

A bipartisan group of congress members introduced a new bill that would require law enforcement to obtain a warrant before grabbing GPS data — transmitted from personal smart devices like phones and tablets — in order to track their location.

Like the US, the Philippines has been rocked by the election of a brash leader: Rodrigo Duterte. His violent crackdown of drug traffickers and matching rhetoric have reverberated internationally. Now the leader of his main opposition party has been jailed on charges of bribery from imprisoned drug offenders. What’s next for the South Asian nation?

Ann Ravel left scathing comments in a 25-page report released with her resignation, arguing that Republicans on her panel repeatedly obstructed enforcement of campaign finance laws and blocked fines being imposed.