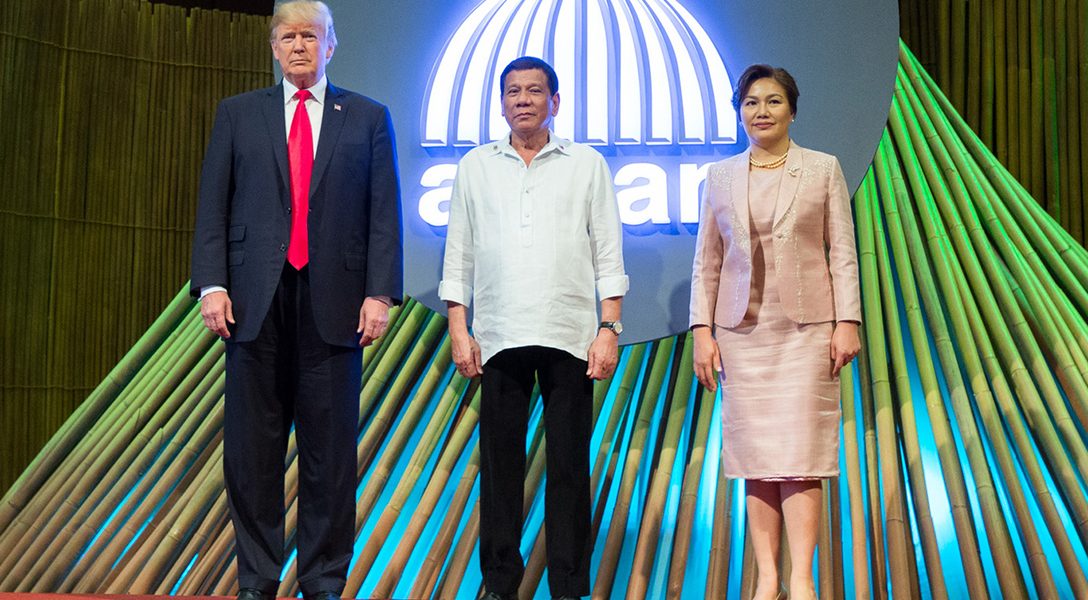 Kill 'Em All: President Trump is attracted to the idea of the death penalty for big-time drug traffickers. Taking cues from Philippine President Rodrigo Duterte and other leaders, he’ll say, "You know the Chinese and Filipinos don’t have a drug problem. They just kill them." Photo credit: The White House
Editors' Picks

From Pushing ‘Thoughts and Prayers’ to Dissing Medicare for All, DCCC Called Out for Sabotaging Bold Demands (Jimmy)

The author writes, “Progressives found new reason for dismay on Tuesday after internal documents revealed efforts by the Democratic Congressional Campaign Committee (DCCC) to squash support for Medicare for All and a separate attempt to curtail demands for stricter gun control following the mass shooting in Las Vegas last year.”

The Supreme Court is debating whether foreign data held by US companies, often stored in “cloud” servers, is subject to US subpoena power. Surprisingly, in this case the roles appear reversed, with conservative justices like Neil Gorsuch siding with the “more government” argument and liberal justices promoting a “hands off” approach.

How the Pentagon Devours the Budget (Trevin)

After a “41% cut in funding for diplomacy and foreign aid, a 36% cut in funding for energy and the environment, and a 35% cut in housing and community development,” the Trump administration is gearing up “full-scale assaults” on food stamps, Medicaid, and Medicare: “It’s war on everything except the US military.”

Sexual Abuse in the Trump Administration: A History (Russ)

Unfortunately this list detailing the nasty sexual abuse allegations aimed at the Trump administration is growing by the day.

While the US is weaning off Saudi oil thanks to the domestic shale boom, Saudi Arabia is looking to other partners to help diversify their economy — namely, China and Russia.