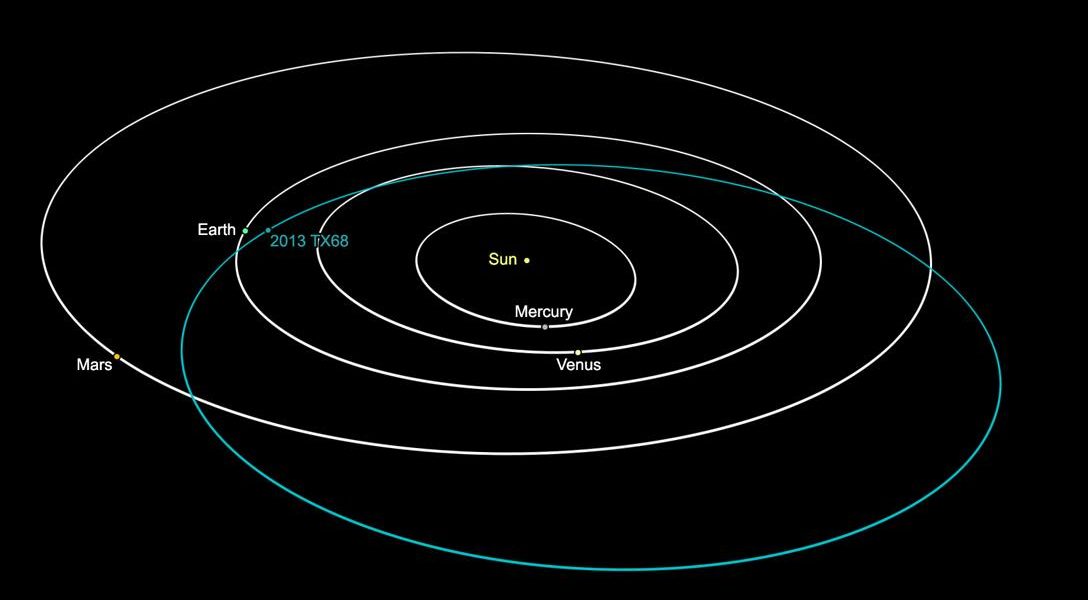 This graphic depicts the orbit of asteroid 2013 TX68. The asteroid will fly by Earth on March 8. The asteroid poses no threat to Earth during this flyby or in the foreseeable future. Photo Credit: JPL-Caltech / NASA
Editors' Picks

Democrats Lose, Not With Liberal Nominees, But With Ones Who Are Out of Step (Russ)

In a blistering editorial, the Sun Sentinel said it could not endorse any of the four remaining candidates ahead of Florida’s important primary.

David Rubenstein gets a lot of credit for his philanthropy, but check out the “carried-interest tax loophole”  which he helped save. It makes the rich much richer.

Guess which candidate he voiced support for that caused the stir?

A new book claims the two sworn enemies, US and Iran, held meetings about the 2003 invasion of Iraq and what the future of the country would look like. Due to rhetoric on both sides, the discussions did not turn out very fruitful.

How Your Facebook “Reactions” Can Be Used by Law Enforcement (Russ)

If you like or don’t like something on Facebook, government agencies can use that to mine for sentiment of all kinds — including whether you appear to have subversive tendencies.

It’s the old trick: get elected, destroy things, then blame government for the problems.

Several Countries Express Alarm to the US on Trump  (Ben)

Private complaints have been circulating from officials in Europe, the Middle East, Latin America and Asia about Donald Trump’s statements.

Click on a spot, anywhere on this globe, and see what’s happening with the wind — almost in real time. Click again for a close-up.  Watching this is mesmerizing.