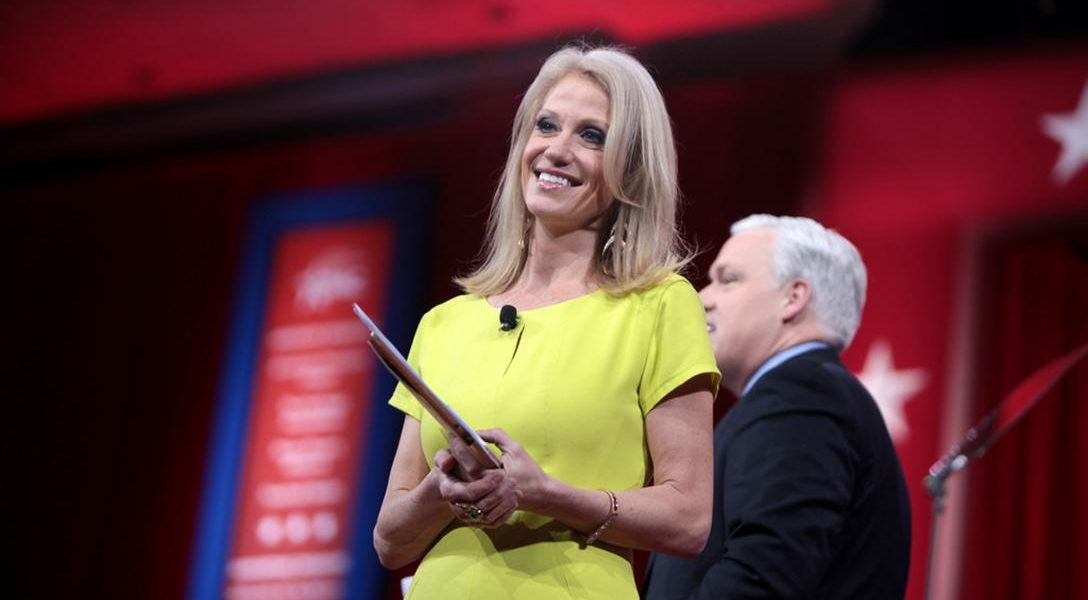 In the News: During a segment on Fox and Friends on 9 February, Kellyanne Conway promoted Ivanka Trump’s apparel after Nordstrom announced it would no longer carry her merchandise. On Tuesday The Office of Government Ethics suggested that the White House investigate Conway stating that she violated federal standards of conduct. Photo credit: Gage Skidmore / Flickr (CC BY-SA 2.0)
Editors' Picks

Trump has singled out Chicago as a hotbed of violence and promised to send in the Feds if nothing is fixed. Seems like he may not have to pressure the city’s mayor, Democrat Rahm Emanuel, to fulfill that plan.

A $300 million dollar sale of guided missiles to Saudi Arabia and a $3 billion sale of F-16 fighter jets to Bahrain is set to be approved by Trump. These deals were previously blocked by former President Obama over human rights violations concerns.

How Canada Could Benefit from Trump’s Immigration Order (Russ)

Many companies in Silicon Valley keep offices just over the border in Canada. Specifically Vancouver. With US’s neighbor to the North acting as an open door for refugees and other immigrants, will Vancouver become the new Silicon Valley?

Co-founder of The Intercept Jeremy Scahill and the controversial Milo Yiannopoulos were scheduled to appear on Bill Maher’s Real Time this Friday. However, Scahill pulled out of the show, citing Milo’s appearance as “many bridges too far” for Real Time.

Depleted uranium has caused cancer and birth effects amongst populations affected by its usage. The US vowed not to use depleted uranium for many reasons, primarily that it would not be useful against existing ISIS infrastructure. There are still questions as to why it was used.