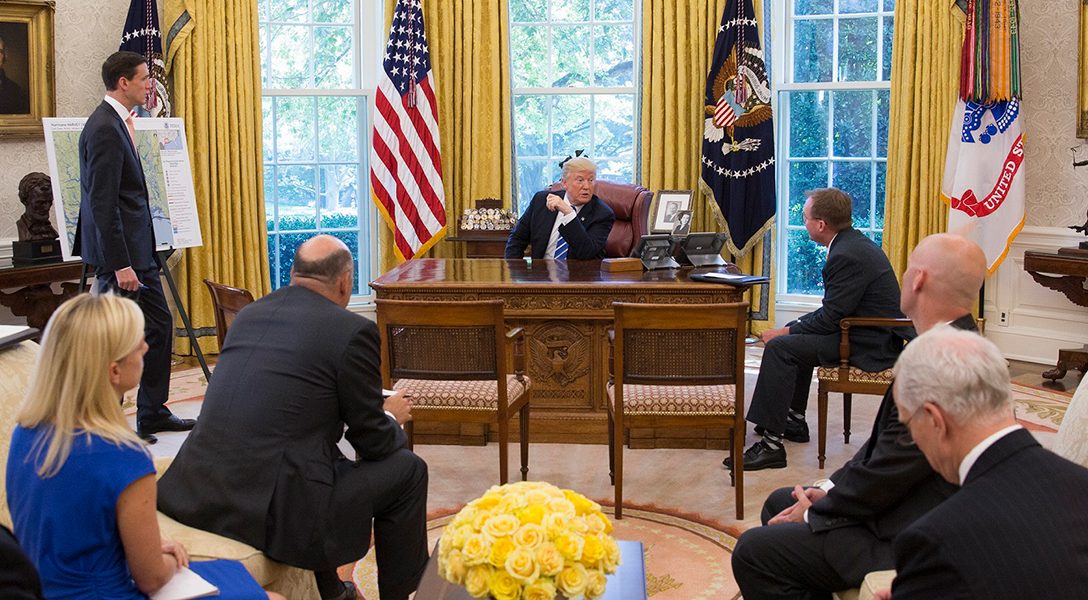 Opinion: While the nation is focused on Confederate statues, football protests, investigations, and Twitter spats, the Trump administration is implementing "the most conservative agenda in a generation."
Photo credit: D. Myles Cullen / The White House
Editors' Picks

Twitter: We Buried #DNCLeak, #PodestaEmails Tweets Ahead of 2016 Election (Trevin)

In written testimony to the Senate Judiciary Committee last week, the company’s general counsel, Sean Edgett, admitted that Twitter prevented 48% of #DNCLeak tweets and 25% of #PodestaEmails tweets from showing up in searches.

The Trump administration is weighing whether to consider a US citizen caught fighting for ISIS in September as an “enemy combatant.” This designation would loosen many civil liberties promised to the detainee and possibly pave the way for the first US citizen to be sent to Guantanamo Bay.

Remember the “chained CPI” debacle during the Obama years that many pointed out to be secretive cuts to Social Security? Well, that plan is back.

What a US Electric Grid Attack Looks Like (Jeff C.)

If the nation were to lose electricity, it would cause an instant and lethal paralysis that would go beyond inconvenience.

A dissatisfaction with political parties all over Italy, epitomized by the recent success of the anti-establishment Five Star Movement, has created a vacuum. A vacuum that the infamous former prime minister SIlvio Berlusconi plans to fill.