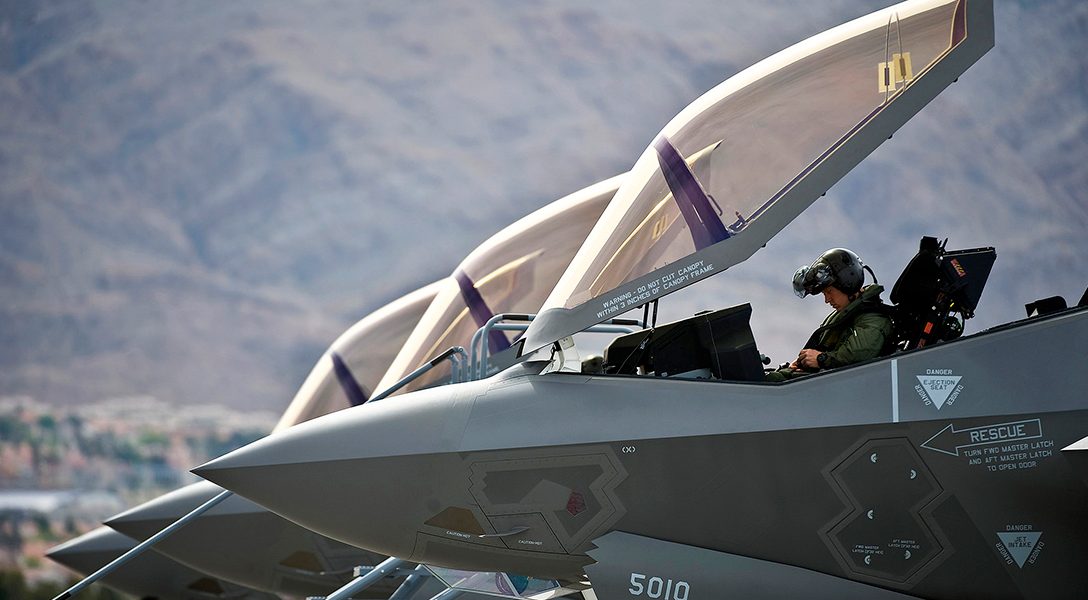 Total Recall: President Trump signed an executive order Friday lifting limits on the number of retired officers who can be recalled to active service to meet expanding combat requirements. The Air Force is expected to call up as many as 1,000 pilots, but the order applies to all officers and all military branches.
Photo credit: US Air Force / Flickr
Editors' Picks

The author writes, “The U.S. Air Force is preparing to put nuclear-armed bombers back on 24-hour ready alert, a status not seen since the Cold War ended in 1991.”

Unsurprisingly, the reasoning for these new monuments sounds a lot like why the older Confederate monuments were built.

China’s current leader Xi Jinping has been speaking globally at the Communist Party congress. He has discussed China’s global ambitions, including appearing as a stable negotiator in world affairs relative to the US. Xi’s optimistic view of the Chinese state bodes well for Wednesday’s vote on his leadership, which he appears certain to win.

The NYT Editorial Board writes, “Senators who balk at paying for health care and the basic diplomatic missions of the State Department approved a $700 billion defense budget for 2017-18, far more than Mr. Trump even requested. Whether this largess will continue is unclear. But the larger question involves the American public and how many new military adventures, if any, it is prepared to tolerate.”

The Crisis to Stop the Opioid Crisis (Dan)

The US opioid crisis has been growing over the last few years, creating havoc in rural America as well as inner cities. Trump’s recent executive order seeks to address the issue, but administration officials have no idea how to carry out the President’s vague plan — or where they’ll get the money.