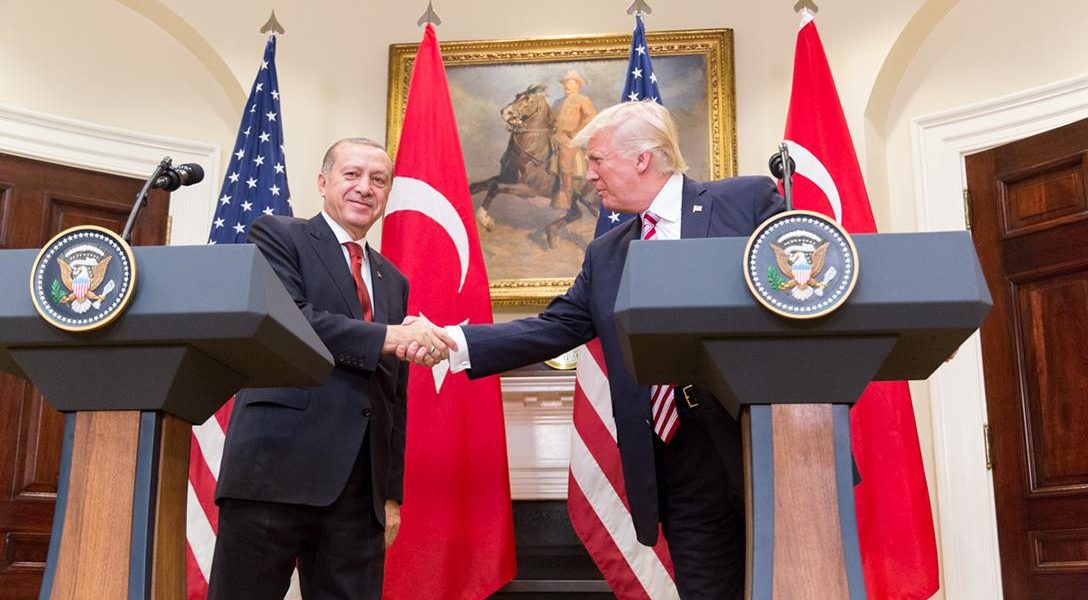 Ongoing Story: No action has been taken by the US in response to the May 16 beating of peaceful protesters by Turkish President Recep Tayyip Erdogan's guards on American soil. Now Turkey is complaining to the US about “aggressive” handling of their bodyguards. More video and investigative reports have emerged suggesting Erdogan's complicity in the attack. The victims may sue the Turkish bullies. Some authoritarian followers are defending the assault. Frank Luntz tweeted "commenters on my Facebook are praising Turkish guards for beating ‘liberal’ protesters." About this photo: President Trump with President Erdogan at the White House before the skirmish. Photo credit: The White House
Editors' Picks

London School of Economics and Political Science analysis detailing the number of ways Corbyn — the leader of the largest opposition party in the UK — was delegitimized by the British media.

The announcement comes a day after the terror attack in Manchester. An example of how two countries, albeit on different continents, seek to combat the terror threat.

Again the rift in the administration between the Pentagon and Steve Bannon-wing stymies a decision.