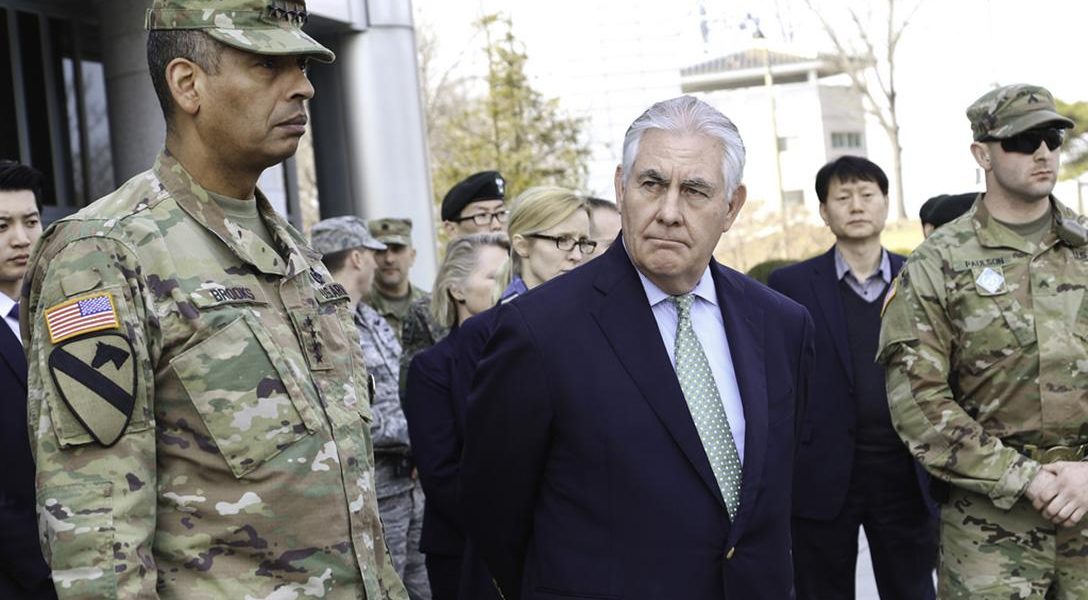 In the News: The news of Secretary of State Rex Tillerson’s plans to miss his first NATO meeting and visit Russia instead has left his department busy controlling the damage of frustrating American allies. Many analysts are now confused about President Trump’s plans to cooperate with Europe and Western allies. One NATO diplomat stated, “Seeing the Chinese, then going to Russia and avoiding NATO in the middle--it’s weird. It shows that they don’t care about NATO. They are not multilateral.” Photo credit: UNC-CFC-USFK Flickr / (CC-BY 2.0)
Editors' Picks

Not-so-subtle tension has been growing between Russia and the US since the 2014 Ukraine conflict. With Trump, many expect a sort-of 21st century detente. The opinion does not appear unanimous.

“Sullivan & Cromwell has deleted nearly all of Clayton’s biography from its website, but when he was initially floated as a potential SEC nominee, the firm proudly touted his work helping big banks on the bailout and in a series of fraud cases tied to the financial crisis,” writes Zach Carter.

Apparently “draining the swamp” doesn’t involve reforming the revolving door of the military-industrial-complex.

Unlike like domestic law enforcement agents, border agents do not have to abide the search and seizure protections of the Fourth and Fifth Amendments. Nor do they have to wait for a warrant to state a reason to search travelers. That includes devices that usually contain sensitive personal and professional information. At the moment, passwords do not have to be handed over to border agents. However, that may change.