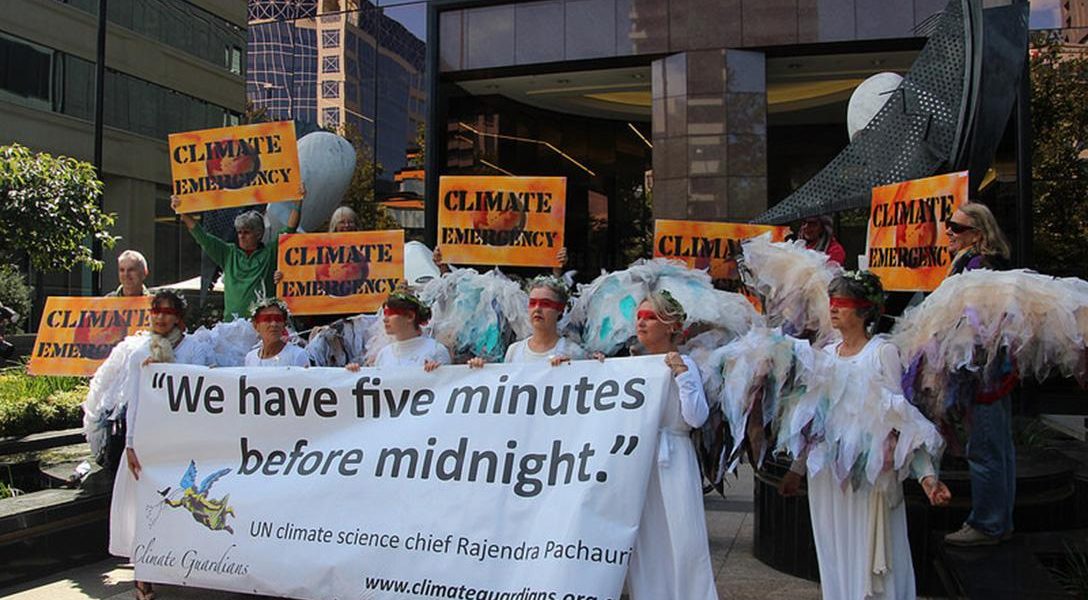 In the News: The political and social effects of climate change cases are enormous and around the world climate change battles are being fought in world courts as politicians fail to act. The cases are an attempt to put the facts of climate change on the public record and a way to highlight the duty of governments to protect their citizens from environmental harm. The goal is to spread awareness that climate change is real and that is caused by human activity and will affect every region of the world, thus making it essential to act now instead of later.  Photo credit: Takver Flickr / ( CC BY-SA 2.0)
Editors' Picks

World Economy Could Not Handle a US Rate Hike (Jeff C.)

This according to  Komal Sri-Kumar, president at Global Strategies, Inc., a macroeconomic consulting firm. He says that interest rates should have been raised three years ago, but now such a move would create divestment in Europe, and that would raise risk in overseas markets.

UN Peacekeepers were accused of sexual abuse, such as rape, in the Central African Republic in 2015. This was hardly the first time of such allegations. The new head of the UN, António Guterres, has pledged to reform the program.

According to the NY Times, “The Trump administration has invoked executive powers in a bid to block the testimony of several top C.I.A. officials in a federal lawsuit against two psychologists who helped run the agency’s harsh interrogation program, along with portions of 172 internal agency documents.”

According to new technology that can determine how often women and men are on screen, men have almost twice as much screen time as women in recent films.

FAIR.org calls out the corporate media’s fawning whitewash of the 43rd president, and the same technique that was used to the benefit of his father years earlier.