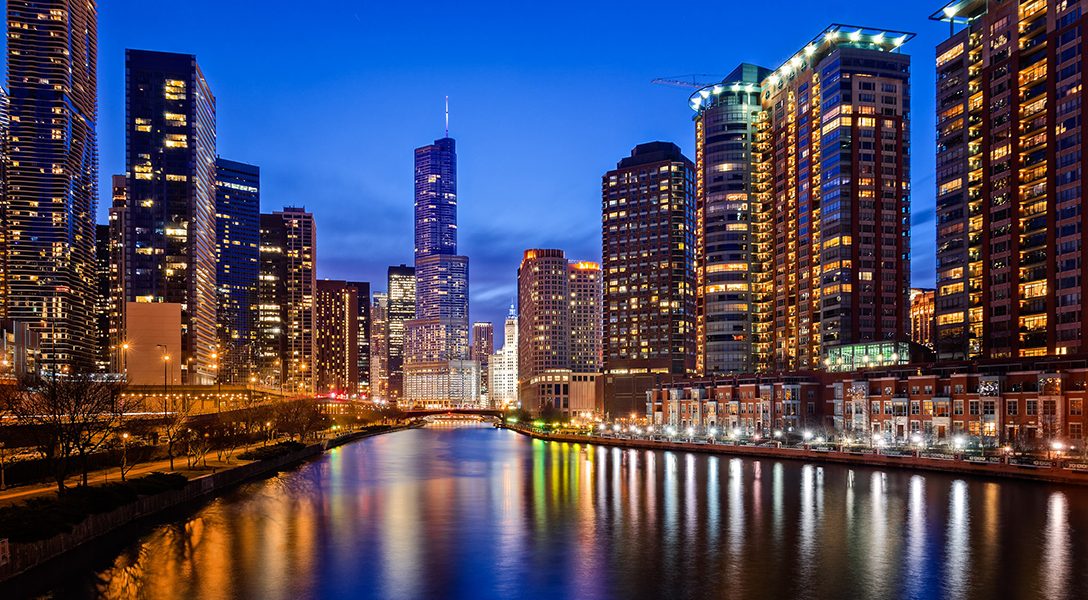 Fish Out of Water: The Trump International Hotel & Tower draws nearly 20 million gallons of water a day from the Chicago River and returns it to the river 35 degrees hotter. Hotel management has never submitted required reports to the Illinois EPA on the impact of this activity on local fish populations. Photo credit: Michael Muraz / Flickr (CC BY-NC-ND 2.0)
Editors' Picks

The author writes, “The Trump administration withdrew from the United Nations Human Rights Council on Tuesday, making good on a pledge to leave a body it accused of hypocrisy and bias against Israel.”

For years Greece has been the economic problem child of Europe. Now, as the country seems to be coming out of its financial crisis, an unstable Euro puts lasting growth into question.

Austin, Texas has become the first “Freedom City,” which comes as a backlash to the Trump administration’s crackdown on so-called “sanctuary cities.” Passed by the city council, the freedom city designation prevents law enforcement from asking about immigration status and will curtail arrests for non-violent crimes.

The author writes, “Federal officials acknowledged last month that nearly 1,500 unaccompanied minors arrived on the southern border alone without their parents and were placed with sponsors who did not keep in touch with federal officials, but those numbers were only a snapshot of a three-month period during the last fiscal year.”

The author writes, “Vice President Pence has transformed his office into a new entry point for lobbyists seeking to influence the Trump administration across federal agencies, according to federal records and interviews. … The approach has allowed Pence, a former congressman and Indiana governor, to emerge as a key ally for corporations inside the Trump White House even as the president vows to ‘drain the swamp.’”

The author writes, “Canada is only the second country in the world — and the first G7 nation — to implement legislation to permit a nationwide marijuana market. In the neighboring US, nine states and the District of Columbia now allow for recreational marijuana use, and 30 allow for medical use.”