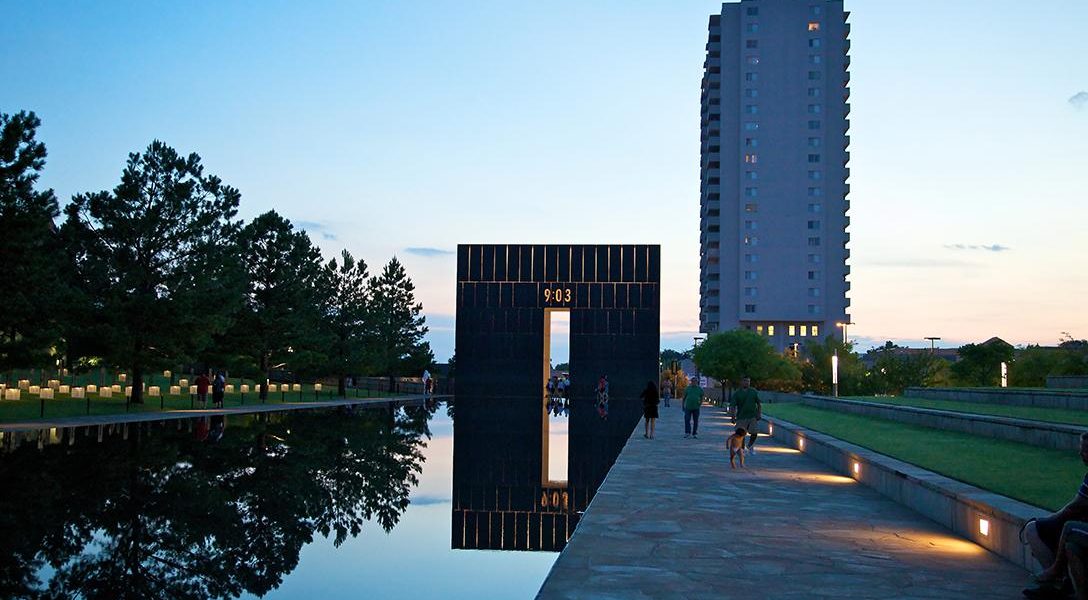 Domestic Terrorism: A 23-year-old man was arrested Saturday for trying to detonate a vehicle bomb at a bank in Oklahoma City. Jerry Drake Varnell’s “conspirator” in the plot was an undercover FBI agent and the bomb was fake. Varnell’s family claims he is mentally ill. About this photo: Reflecting pool at the Oklahoma City Memorial. Photo credit: Matthew Rigdon / Flickr (CC BY 2.0)
Editors' Picks

National Economic Chair Steve Cohn has been approached by Goldman-linked lobbying groups for, well, what do you think?

The Trump administration has threatened to pull federal subsidies for low-income users on Obamacare healthcare markets. This would, in effect, “implode” the market and force insurers to foot a massive bill previously covered by the government. However the administration is coming under pressure from Democrats and Republicans to continue the subsidies until Congress can settle on a replacement. Will this stop Trump from pulling the subsidies plug?

The search engine giant’s payments will make up around 5% of Apple’s profits this year, and their iOS devices contribute to about 50% of Google’s search revenue.

Trump’s adviser, Steve Bannon, recently said that there is “no military solution” to North Korea and that “troops should be withdrawn” from the Korean peninsula. Sounds like an idea from a progressive. However the NYT went against Bannon’s advice, using sources that called a withdrawal “preemptive surrender” and labeling the idea as “amateur.”