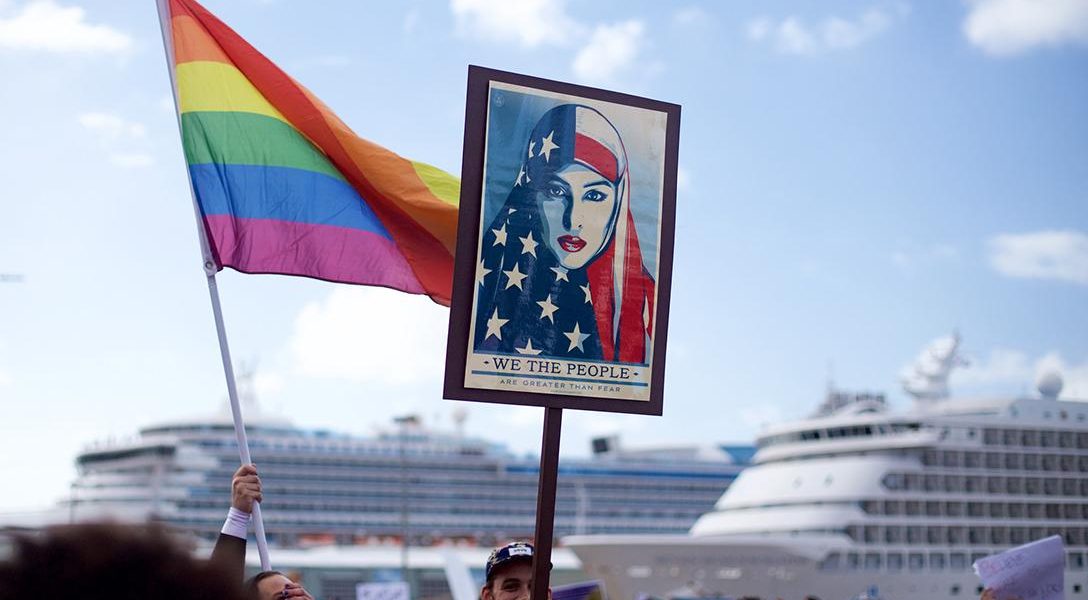 In the News: Artist Shepard Fairey released a series of posters entitled "We The People" aimed at protesting President Donald Trump. The series features portraits of African Americans, Latinas, Muslims, and Native Americans. Fairey offered his posters for download free of charge on his website, Obey Giant. Many were used as placards during the post inaugural marches. Photo credit: Bonzo McGrue / Flickr (CC BY 2.0)
Editors' Picks

Not that anyone is really surprised. Yet the number reported killed under Trump is already near the released assessment of those killed during the entire Obama administration.

Over 3 million march nationwide in largest demos since at least the Iraq War protests when the world said no to war.

According to the NYT, “Hours after President Trump took his oath on Friday, the Justice Department issued an opinion saying that his appointment of his son-in-law, Jared Kushner, as a senior White House adviser would be lawful despite a federal anti-nepotism law.”

This “voluntary” release of around 930,000 documents signals a new direction of “transparency”. A parting gift from the Obama administration for transparency advocates?