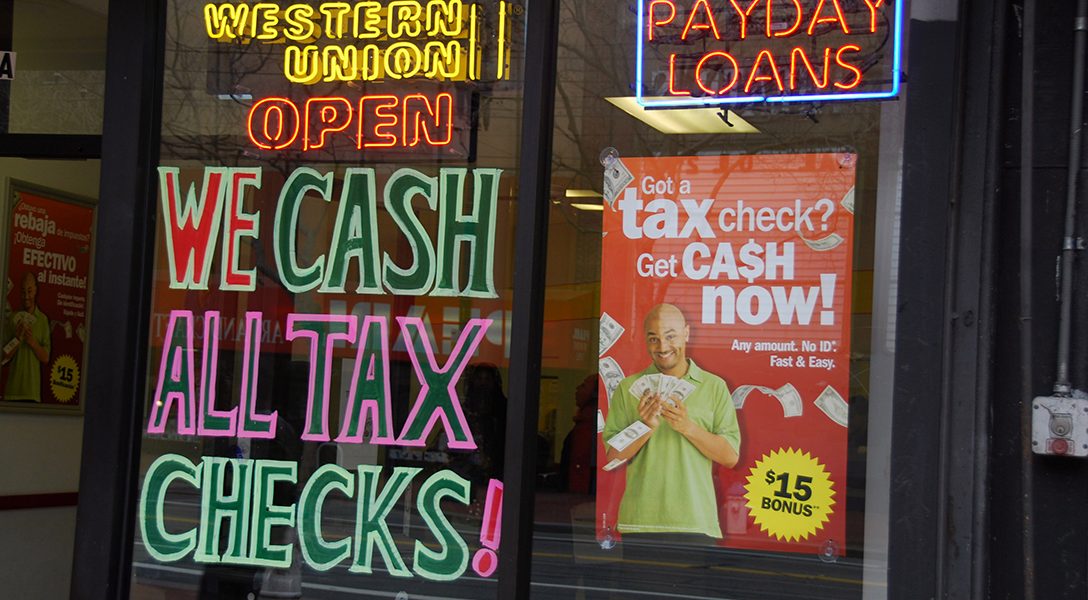 Payday: Mick Mulvaney dropped one case against a payday loan collector and is considering doing the same for three more. These lenders were involved in cases that could have resulted in payments to consumers of more than $60 million. Photo credit: Steve Rhodes / Flickr (CC BY-NC-ND 2.0)
Editors' Picks

The Battle for Paradise (Jimmy)

Naomi Klein writes, “In a sense, both are utopian projects — the vision of Puerto Rico in which the wealth of the island is carefully and democratically managed by its people, and the libertarian project some are calling ‘Puertopia’ that is being conjured up in the ballrooms of luxury hotels in San Juan and New York City. One dream is grounded in a desire for people to exercise collective sovereignty over their land, energy, food, and water; the other in a desire for a small elite to secede from the reach of government altogether, liberated to accumulate unlimited private profit.”

From ConsortiumNews.com: “Two dozen former US intelligence officers urge President Trump to rescind Gina Haspel’s nomination to lead the CIA, citing torture that she oversaw while supervising a black site prison, as well as her role in destroying evidence.”

And if so, who’s to blame? This opinion piece takes aim at Republicans who allow Trump to govern in an authoritarian manner, institutions that don’t challenge power, and everyone who watches idly as the government takes over public life.

While complex, this article detailing the Brexit-Trump-Cambridge Analytica connection leaves little question about the data company’s intention during the UK’s referendum on EU membership.

German authorities arrested the former leader of the Catalan secession movement, Carles Puigdemont, on Saturday while he was traveling on the Autobahn. This is the first decisive move by the European bloc to wade into Spain’s internal secession conflict.