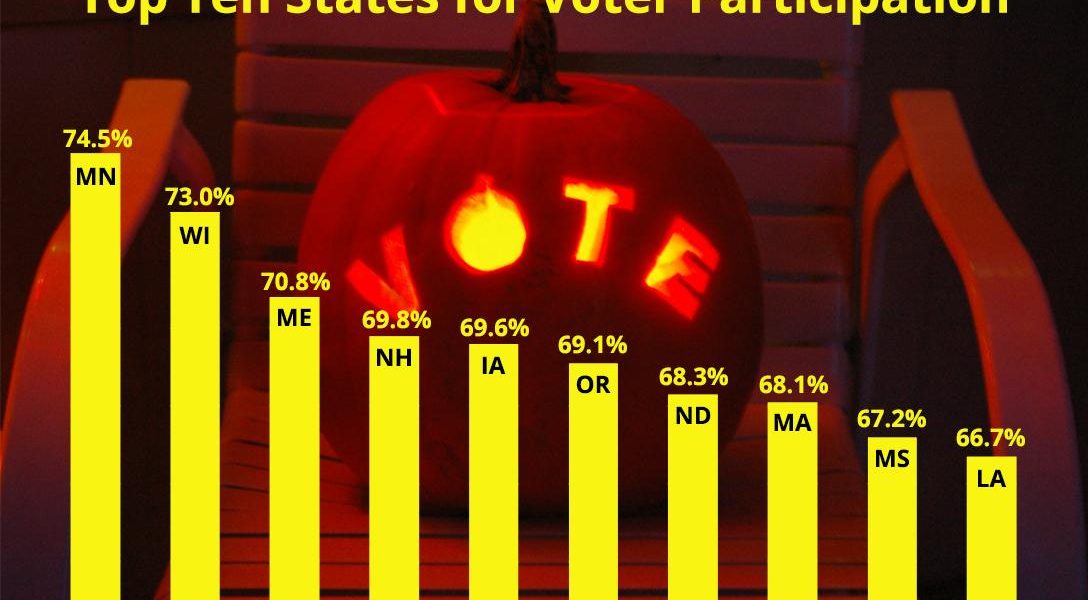 The state with the highest voter turnout is Minnesota, according to 247WallSt.com. Review the list to see where your state ranks based on voting in 2012. Photo credit: Potjie / Flickr (CC BY-NC-SA 2.0)
Editors' Picks

Seven Solutions to Climate That Are Working (Russ)

Better than despair is action! Lots of good things are happening.

Interracial Love Stories from Where It Was Banned (Russ)

At least temporarily. The trade deal between Canada and the EU, remarkably similar to the US-EU trade deal TTIP, is currently halted thanks to pressure from Belgium’s little discussed Wallonia dairy farmers who fear losing their livelihood.

Anonymous US officials claim unarmed drones are being flown out of Tunisia to conduct surveillance in Libya. The US had already been flying manned surveillance missions over Tunisia to provide the country’s security forces intelligence on extremist threats.

On October 27, police officers and National Guardsmen arrested more than a hundred protesters at Standing Rock Sioux Reservation in North Dakota.  While protecting local water supplies is a key motive in the ongoing confrontation, some activists see it as the latest battleground in a centuries-long colonial war against Native peoples.

The ballot requires condoms to be used in the filming of pornography, as well as requiring producers to provide health checkups and testing. Viewers who find failure to abide by these measures can file complaints, potentially leading to personal monetary gain.