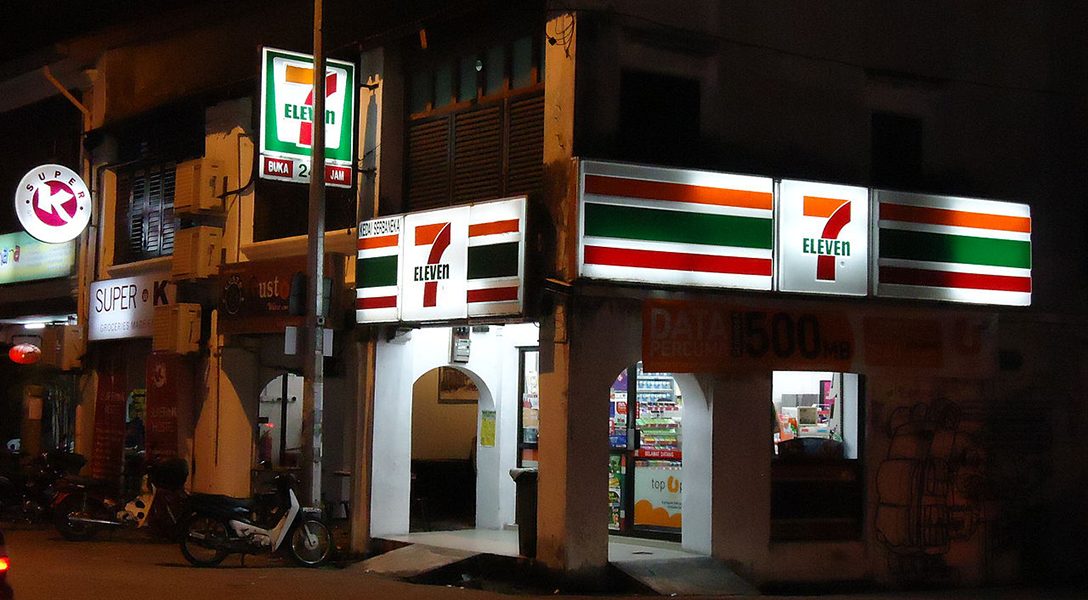 From Bloomberg: “The company has been battling its store owners for years. It seems to have found a new tool: US immigration authorities.” Photo credit: shankar s. / Wikimedia (CC BY 2.0)
Editors' Picks

The War Inside 7-Eleven

From ProPublica: “Just before he left, the departing attorney-general adopted a policy to limit the Justice Department’s ability to oversee abusive police departments. That same policy could also hamper the department’s role in environmental, voting-rights, and other cases.”

Surveillance and interception of communication predates computers. So do attempts to thwart the prying eyes.

The DEA and ICE Are Hiding Surveillance Cameras in Streetlights (Chris)

The author writes, “The US Drug Enforcement Administration (DEA) and Immigration and Customs Enforcement (ICE) have hidden an undisclosed number of covert surveillance cameras inside streetlights around the country, federal contracting documents reveal.”

The author writes, “Donald Trump and Republicans in Congress love to demonize government handouts. But their own red-state supporters depend on these handouts. And the handouts are increasingly financed by the inhabitants of blue states.”

The author writes, “I realized in that moment that there is no forgiveness for destroying an entire country — generations of Iraqis whose lives have been shattered. Was I to explain to him about my intention of providing a service to my country? Was I to justify the wars that are rooted in his oppression? Was I to justify the actions of the troops that deny his humanity and right to exist? We all know that answer.”

The author writes, “Ojeda’s case for his candidacy is straightforward: The Democratic Party has gotten away from its roots, and he has a unique ability to win over a white, black, and brown working-class coalition by arguing from a place of authority that Trump is a populist fraud. He’s launching his campaign with an anti-corruption focus that draws a contrast with Trump’s inability to ‘drain the swamp.’”

How Robert Bowers Went From Conservative to White Nationalist (Chris)

The author writes, “When Robert Bowers came to work at Dormont’s Potomac Bakery in the early 1990s, he struck his colleagues as a guy who liked beer, Hooters, action films and guns, with a bit of an anti-government streak — not as a virulent anti-Semite primed to explode.”

Jonestown 40 Years Later: The Story of a Cameraman Who Lost His Life (Reader Steve)

The author writes, “When the bullets started spitting his way on that day in 1978 on the jungle airstrip in Guyana, Bob Brown did what he had always done as a news cameraman. He kept filming. As the half-dozen gunmen sent by cult madman Jim Jones bounded off a tractor-trailer, rifles in hand. As they aimed at him.”

I Watched Joe Biden Give an Award to George W. Bush So You Don’t Have To (Reader Luke)

The author writes, “43:20 – Former Vice President and current presidential hopeful Biden takes the podium and magnanimously explains how he calls the US Defense Department every single morning to find out the exact number of US troops who have died in Iraq and Afghanistan. Misuses the word ‘generically.’ Expresses no interest in number of people killed by US troops, nor in the destruction he himself helped sow in Libya and Syria. Protesters outside must know Biden’s on; they’re louder now.”