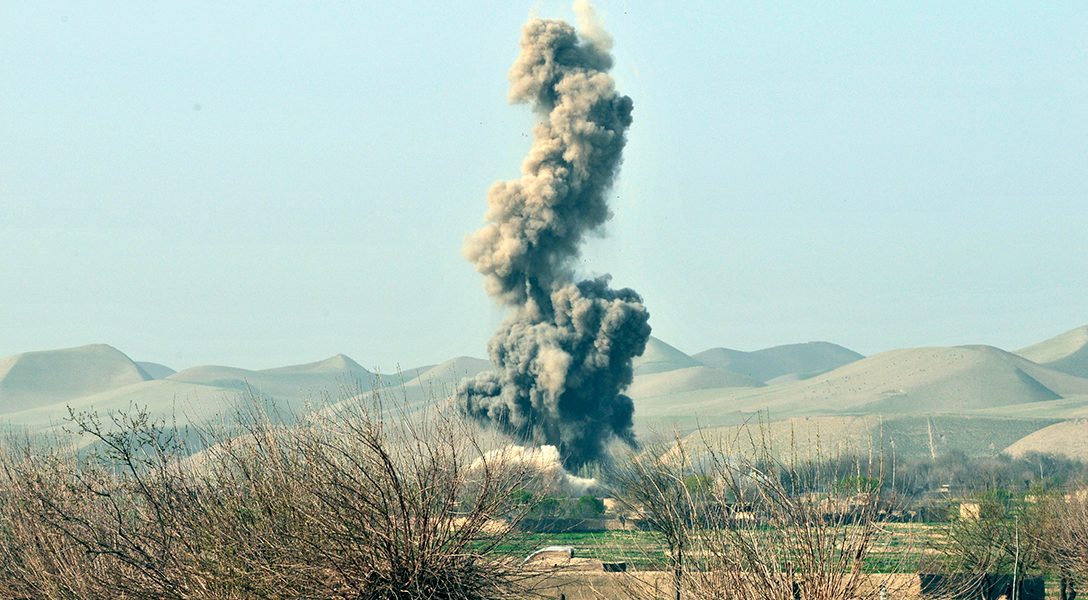 The author writes, “Since President Trump announced a new Afghan strategy last August and committed more troops to the country, the number of bombs dropped by the US coalition has surged dramatically.” Photo credit: US Air Force / Master Sgt. Kevin Wallace
Editors' Picks

May’s Brexit Deal Is a Humiliation for Britain (Chris)

The author writes, “[Theresa May’s] administration has been defined by a relentless attempt to conceal the reality of Brexit from public and parliament, so she can survive another day, another week, another month.”

Researchers have determined that “a single termite species … excavated a massive network of tunnels to allow them to access dead leaves to eat safely and directly from the forest floor.”

The author writes that the right-wing narrative about Hillary Clinton’s emails “played into lingering stereotypes that women are untrustworthy, particularly when it comes to supposedly manly issues like national security.”

According to the Guardian, “parties in France, Finland, Belgium, Spain, Hungary and Czech Republic would risk sanctions for breaches of electoral law if they agreed to accept the assistance of [Steve Bannon].”

The New York Times reports that El Chapo’s lawyers have “criticized the government’s repeated use of private letters to the judge, which they are not allowed to see, saying the missives hindered their ability to mount an adequate defense. More than once, the lawyers have described the case as ‘a trial by ambush.’”