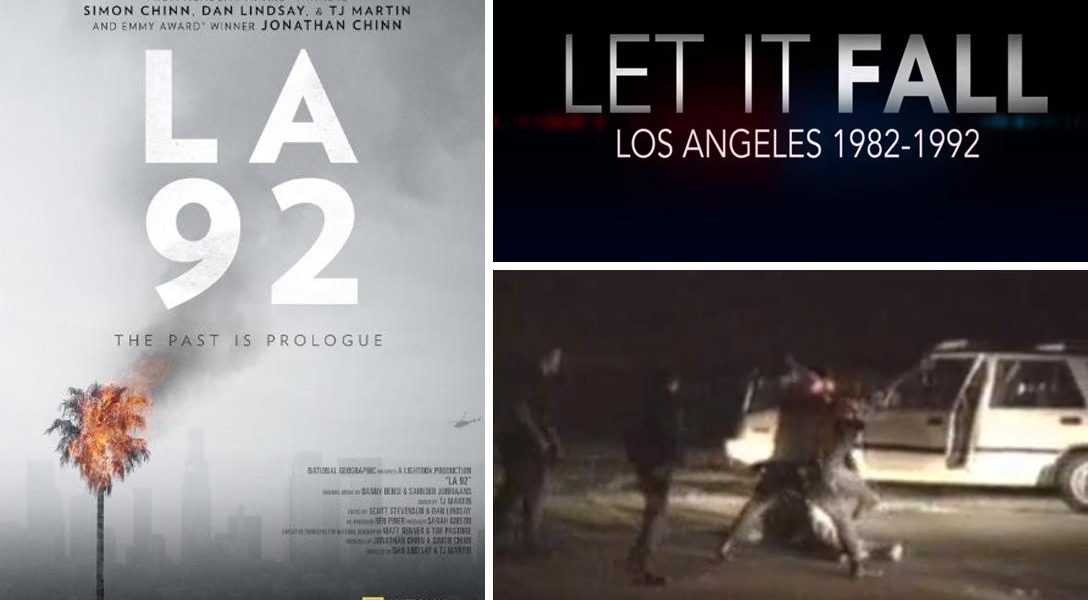 1992 LA Riots Explored: Five documentaries dealing with the Rodney King beating and the LA riots have been released to coincide with the 25th anniversary of the incidents. The LA Times reviews two of them released in theaters that will also be available on the small screen this weekend, John Ridley's 'Let It Fall' on ABC and 'LA 92' from Nat Geo. About these images: Title screenshots and Rodney King beating. Photo credit: Nat GEO, ABC and Wikipedia
Editors' Picks

On April 25, Syria’s Bashar al-Assad told Spanish television TeleSUR that Donald Trump has none of his own policies, and only executes decisions made by the “intelligence agencies, the Pentagon, the big arms manufacturers, oil companies, and financial institutions.”

AT&T, Facebook, Apple, Google, Amazon, Microsoft and Uber are among the corporations spending huge sums to influence the Trump Administration. Most increased spending over the same period as last year. They lobbied about issues including H-1B visas, Internet regulations, mergers, government contracts and international taxation.

America’s retailers are closing stores faster than ever as they try to eliminate a glut of space and shift more business to the web.

French intelligence and other reliable sources have established unassailable evidence that Syria’s Assad indeed used sarin in the April 4 attack against civilians.

Fewer Illegal Immigrants Living in US Since 2009 (Milicent)

Latest Pew Research Center estimates: for the first time, fewer illegal immigrants were living in the US in 2015 than in 2009.  And the number from Mexico is declining, while the number from other countries is rising.

The Senator’s live feed immediately failed after he jokingly referring to the network as “fake news” in a recent interview.

Sarah St. Vincent writes, “Declassified documents from the early 1980s suggest that the NSA has long been providing data from its communications surveillance as part of counter-drug initiatives. The documents also show that the CIA was authorized to share drug-related intelligence under the executive order — including about US persons — with federal officials for law enforcement purposes.”