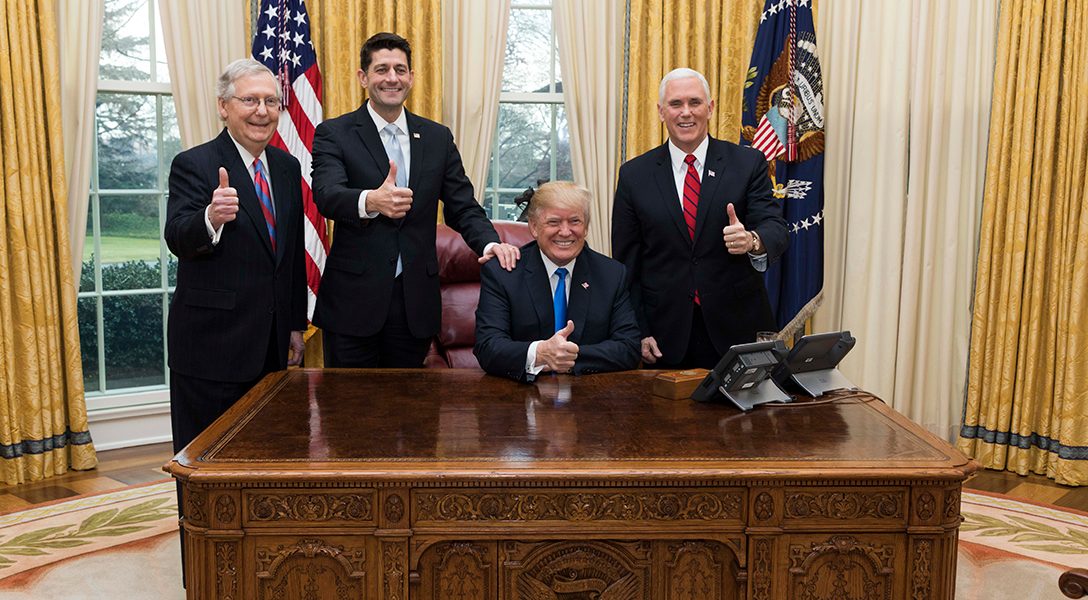 US corporations have been buying back their stock at record rates in the wake of the 2017 GOP tax cuts. Many executives in those same companies have sold large blocks of shares following those buybacks. Some workers received one-time bonuses and companies claim they will plow a portion of their tax-cuts into higher wages, research, plants, and equipment. Those promised investments, if sincere, may now be at risk due to the trade war. Photo credit: The White House / Wikimedia
Editors' Picks

Disneyland Agrees to Pay Its Workers $15 an Hour (Jimmy)

From the Independent: “In a rare interview, veteran investigative journalist Seymour Hersh talks about his illustrious career and how he believes the official versions of some of the biggest news stories of our time just don’t add up.”

Don’t Call It a Comeback, Says IMF About Greece (Dan)

Greece’s economic woes aren’t over, says the International Monetary Fund (IMF), even though the country’s finances are on the upswing. There will be still need to be austerity measures put in place, which means more cuts to social services and pensions.

Immigrant Youth Shelters: ‘If You’re a Predator, It’s a Gold Mine’ (Jimmy)

From ProPublica: “We obtained police reports and call logs from more than two-thirds of the shelters housing immigrant children. Here’s what they show.”