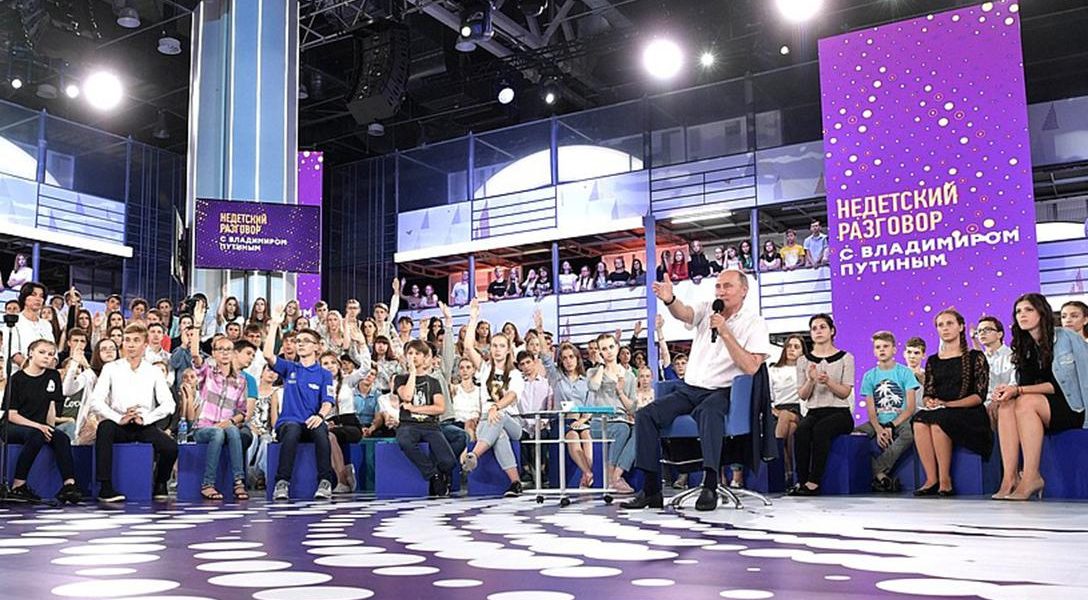 President for Life? Vladimir Putin took questions from gifted students in Sochi during a TV broadcast. He was asked what he plans to do when he leaves the presidency. He said "But I haven’t decided yet if I will leave the presidency.” Photo credit: President of Russia (CC BY 4.0)
Editors' Picks

Syrians Return Home as the Terrorists are Pushed Out (Trevin)

Hundreds of thousands of Syrians return home as Syrian army prevails on the ground.

And it’s just as frightening as any sci-fi story. Silicon Valley and American defense contractors are also involved.

This Taiwanese activist, who was arrested by China, is exposing the lack of legal process in the world’s second-largest economy.