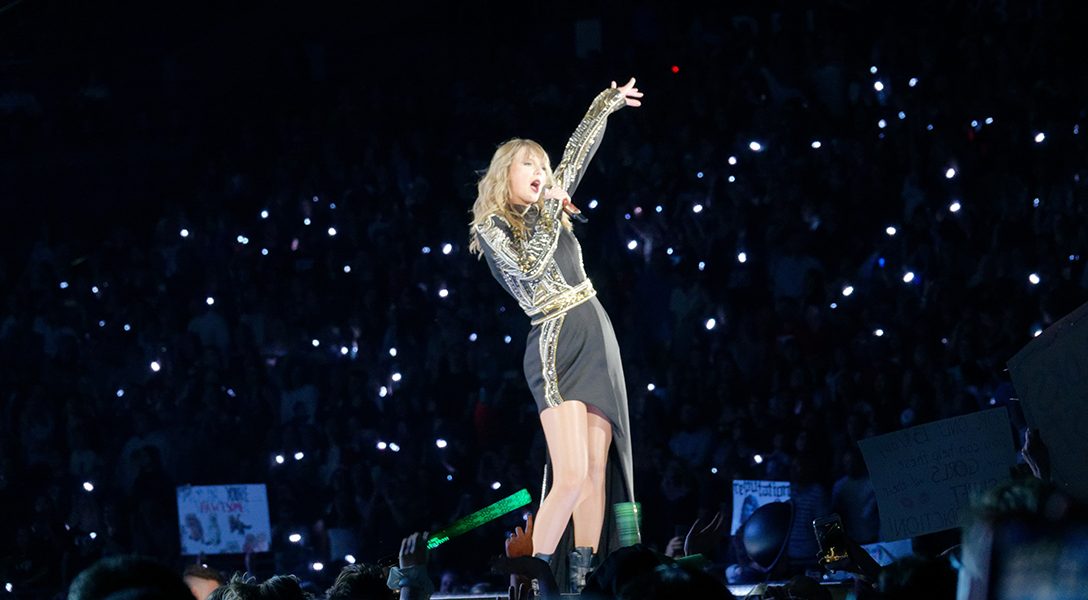 The author writes: "After years of staying silent about politics, singer Taylor Swift is finally using her voice. On Sunday, she posted a fuzzy photo on Instagram of herself sitting on what looks like a bed, and in the long caption below she encouraged her 112 million followers to register to vote and learn more about the candidates in their local elections." Photo Credit: Ronald Woan / Flickr (CC BY-NC 2.0)
Editors' Picks

The author writes, “A top Trump campaign official requested proposals in 2016 from an Israeli company to create fake online identities, to use social media manipulation and to gather intelligence to help defeat Republican primary race opponents and Hillary Clinton, according to interviews and copies of the proposals.”

From ProPublica: “Casino magnate Sheldon Adelson has never been more powerful. The Trump administration has advanced his ideological and financial interests, including an assist in his quest to build a casino in Japan.”

Dianne Feinstein Finally Agrees to ‘Debate’ Senate Challenger, While Ensuring Almost No One Watches It (Jimmy)

The author writes, “Dianne Feinstein, the longtime California senator, has finally agreed to a share a stage with her Democratic opponent, state Sen. Kevin de León, in what will be her first appearance alongside a general election opponent in 18 years. But it certainly seems as though the front-runner has gone out of her way to make sure that as few people see the proceedings as humanly possible.”

Crown Prince Sought to Lure Khashoggi Back to Saudi Arabia and Detain Him, US Intercepts Show (Reader Luke)

The author writes, “The crown prince of Saudi Arabia, Mohammed bin Salman, ordered an operation to lure Washington Post columnist Jamal Khashoggi back to Saudi Arabia from his home in Virginia and then detain him, according to U.S. intelligence intercepts of Saudi officials discussing the plan.”

A Fatal Error: Crofton Woman Finds Out From Bank That She Had Been Declared Dead (Reader Steve)

The author writes, “There was nothing particularly special about Sept. 20 for Ellen Baron, until she got home and learned she was apparently dead. The news of the Crofton resident’s untimely passing came from her bank, Baron said. The balance in both of her bank accounts fell to $0; all of her money was frozen.”