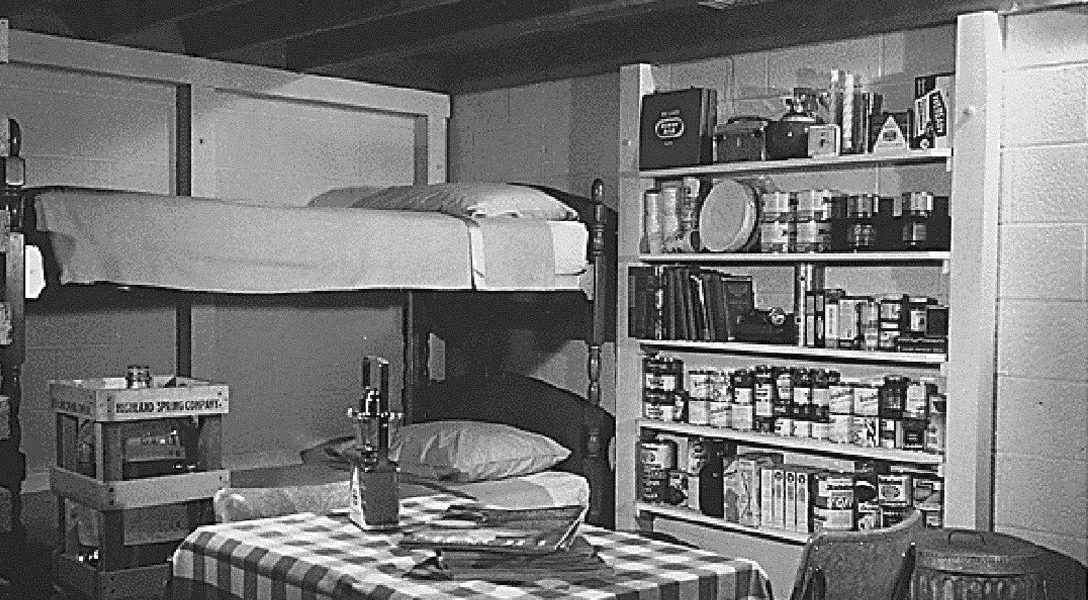 On this Day: On October 6, 1961, US president John F. Kennedy advised "American families to build bomb shelters to protect them from atomic fallout in the event of a nuclear exchange with the Soviet Union." About this photo: A 1950s fallout shelter. Photo credit: Unknown / Wikimedia
Editors' Picks

A new report released Tuesday reveals how “US-based multinational corporations are allowed to play by a different set of rules than small and domestic businesses or individuals when it comes to paying taxes”—to the tune of more than $100 billion every year.

None of the 13 passengers (which include “several parliamentarians, an Olympic athlete, a retired U.S. army colonel and a Nobel Peace Prize laureate”) resisted. Troops rerouted the boat to the Israeli port city of Ashdod.

After the breaking of Syrian peace talks between Russia and US last week, Republicans and Democrats are urging a stricter tone to deal with Vladimir Putin. Some are even invoking Cold War rhetoric.

Latest in Cyber Security and Authentication: Your Brain (Milicent)

Scientists are researching the use of brain waves, as shown by EEG (electroencephalogram), as a biomedical password. Unfortunately, an EEG can reveal embarrassing medical information which could be made public. What’s in your head?

Hundreds of thousands of Afghan refugees will be sent back to their war-torn country to continue the flow of aid from the UN.

The often-reviled energy giant was quite forward-thinking re: fuels — for a time, about four decades ago.

Stunning Overhead Views of Highways Around the World (Milicent)

Escape the demagoguery for a while, and float above the earth, finding beauty in surprising places, courtesy of drone photography.