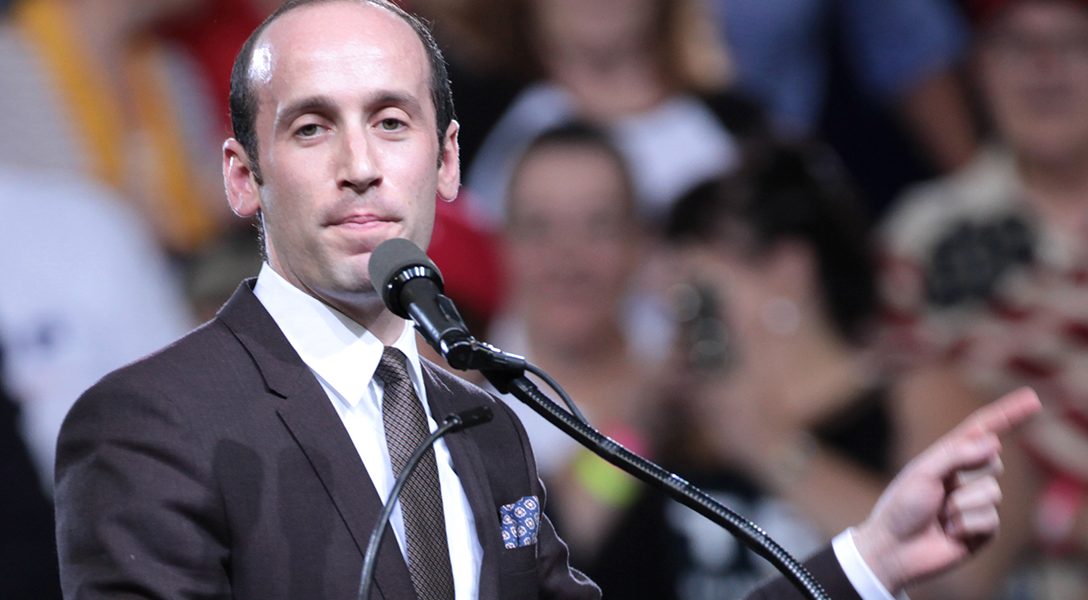 Stephen Miller's uncle writes, "I have watched with dismay and increasing horror as my nephew, who is an educated man and well aware of his heritage, has become the architect of immigration policies that repudiate the very foundation of our family’s life in this country." Photo credit: Gage Skidmore / Flickr (CC BY-SA 2.0)
Editors' Picks

Stephen Miller’s Uncle Reminds Him of His Immigrant Heritage

The author writes, “In the wake of a US-backed bombing last week that killed dozens of children on a school bus in north Yemen, Sen. Elizabeth Warren is demanding answers about how US military advisers support and oversee the Saudi and UAE bombing campaign in Yemen.”

The author writes, ““Socialism doesn’t work, just look at Venezuela,’ is an all too common trope. It is rare that anyone with a public platform reveals a simple truth. Venezuela’s problems were created by the United States government, first during the Obama administration and now continuing under Trump’s.”

The author writes, “Political divisions may be fierce, but there is at least one issue that most Americans agree on: net neutrality.”

The author writes, “We should be extremely careful before rushing to embrace an Internet that is moderated by a few private companies by default, one where the platforms that control so much public discourse routinely remove posts and deactivate accounts because of objections to the content. Once systems like content moderation become the norm, those in power inevitably exploit them.”