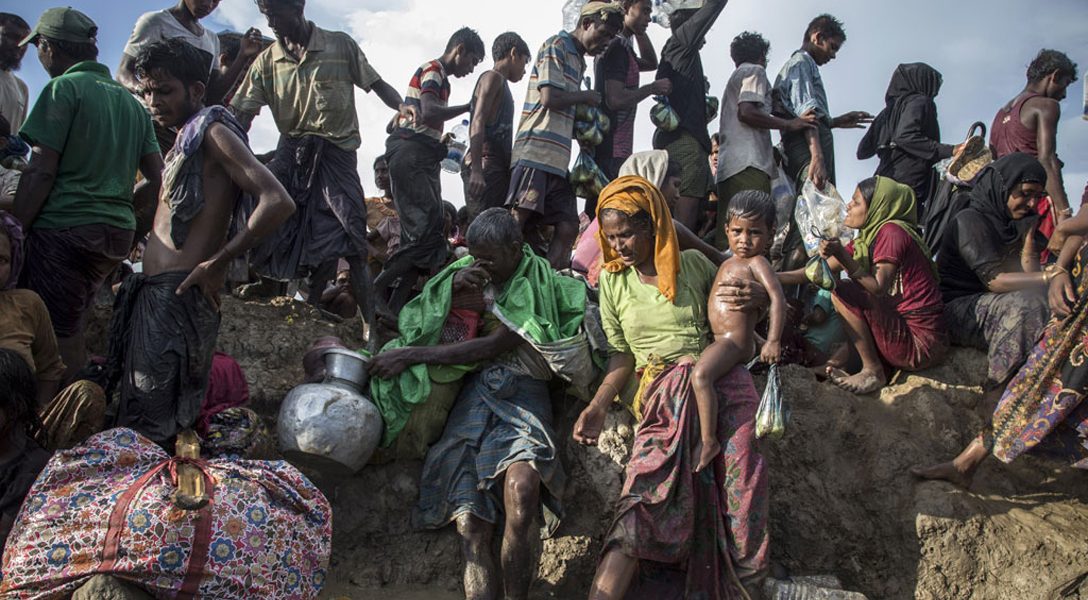 Social Media-Assisted Genocide: Myanmar security forces have been driving refugees into Bangladesh by allegedly committing acts of genocide, and UN investigators are investigating a link to hate speech proliferating on Facebook. UN Myanmar investigator Yanghee Lee said, "I'm afraid that Facebook has now turned into a beast, and not what it originally intended." Photo credit: LeMoyne / UNICEF
Editors' Picks

The author writes, “The bottled water industry is estimated to be worth nearly $200 billion a year, surpassing sugary sodas as the most popular beverage in many countries. But its perceived image of cleanliness and purity is being challenged by a global investigation that found the water tested is often contaminated with tiny particles of plastic.”

The author writes, “Many members of the Washington, D.C. elite are now stating that it in fact is a legitimate defense for American officials who violate international law to claim they were just following orders.”

Congress Rides to the Rescue of Thriving Bankers (Jimmy)

The author writes, “President Donald Trump and other supporters of the major banking bill that cleared the Senate on Wednesday say they want to rescue the nation’s lenders from a crush of regulations. But far from being crushed, the industry looks more like it’s booming.”

The Suit Against Alex Jones (Russ)

From Sandy Hook to Charlottesville, the anti-InfoWars movement is gaining steam.

Is Salisbury Poisoning Another ‘Iraq Has WMDs’ Story? (Dan)

Former UK diplomat Craig Murray says Novichok, the poison allegedly used to attack a former Russian spy in England, may not exist at all. If it does, the UK has no way of scientifically linking the attack to Russia. “The ‘Novichok’ programme was in Uzbekistan not in Russia. Its legacy was inherited by the Americans during their alliance with Karimov, not by the Russians.”