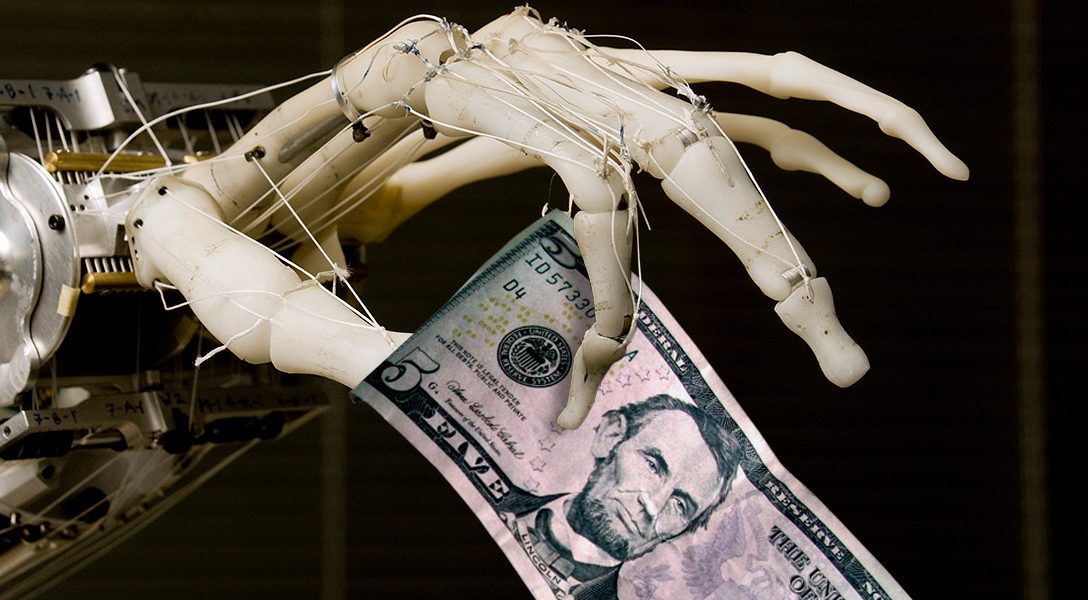 Automation Tax: If robots are going to replace humans in the workplace, perhaps robots should be taxed and the revenue used to reduce income inequality. This idea has been proposed by politicians and even Bill Gates. Photo credit: frankieleon / Flickr (CC BY 3.0) and UW News / Flickr (CC BY 3.0)
Editors' Picks

Should Robots Be Taxed?

The Plot to Attack Iran (Jimmy)

Dan Kovalik’s new book “The Plot to Attack Iran: How the CIA and the Deep State Have Conspired to Vilify Iran” is out today. You can read a review from Counterpunch here.

‘Save Our Tips,’ the Campaign Against DC’s Minimum Wage Hike, Is Run By a Trump Consultant (Reader Luke)

The author writes, “The restaurant lobby is making a masked pitch to kill Initiative 77, a ballot measure designed to gradually raise the minimum wage in Washington, DC, for bartenders, waitstaff, and other ‘tipped’ employees, to $15 an hour by 2025.”

The author writes, “The Justice Department argued Monday that President Donald Trump could continue to profit from foreign governments patronizing his hotel in Washington, DC, without violating the US Constitution, as long as he didn’t explicitly provide something in return.”

Influential Russians met with members of the NRA throughout 2015 and 2016. Since the NRA spent around $30,000 on Trump’s presidential campaign, many are wondering if the Russian money possibly included in that counts as an illegal campaign donation by a foreign entity.