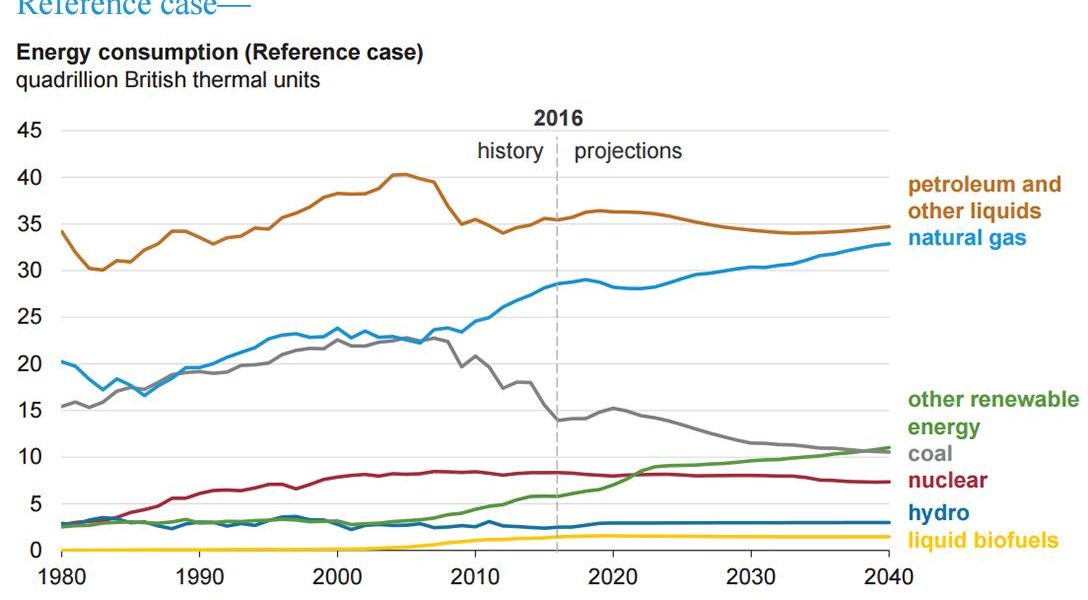 Chart of the Day: The US Energy Information Administration projected in a recent report, based on current trends, US Domestic energy consumption from renewable sources will increase significantly by 2040. The increase of renewables world-wide will be much higher. Photo credit: EIA
Editors' Picks

Sessions: ‘We Have Plenty of Room in Gitmo’

The state was the first to challenge the new order in court this week.

No Celebration of Russian Revolution in Russia  (Dan)

It’s been 100 years since the Russian Revolution turned Tsarist Russia into Soviet Russia. Analysts say Russian President Vladimir Putin aligns little with the aims of Soviet rule and, according to insiders in the country, sees no reason to celebrate the anniversary if it doesn’t promote Russia’s current affairs.

Donald Trump and Republicans have for years complained that the US has one of the world’s highest corporate tax rates at 35%. Why then do so many Fortune 500 corporations routinely pay 0%? Answer: tax loopholes and offshoring.

Sessions: ‘We Have Plenty of Room’ in Gitmo (Dan)

Unsurprisingly, Sessions is OK with sending terror suspects to Guantanamo Bay. In fact, he called it a “very fine place”.

Over the decades the class action lawsuit has been an important and powerful legal tool for average citizens to unite and demand justice from large corporations. But a GOP bill entitled the “Fairness in Class Action Litigation Act”, which just passed the House, is threatening to keep citizens out of the courtroom for good.