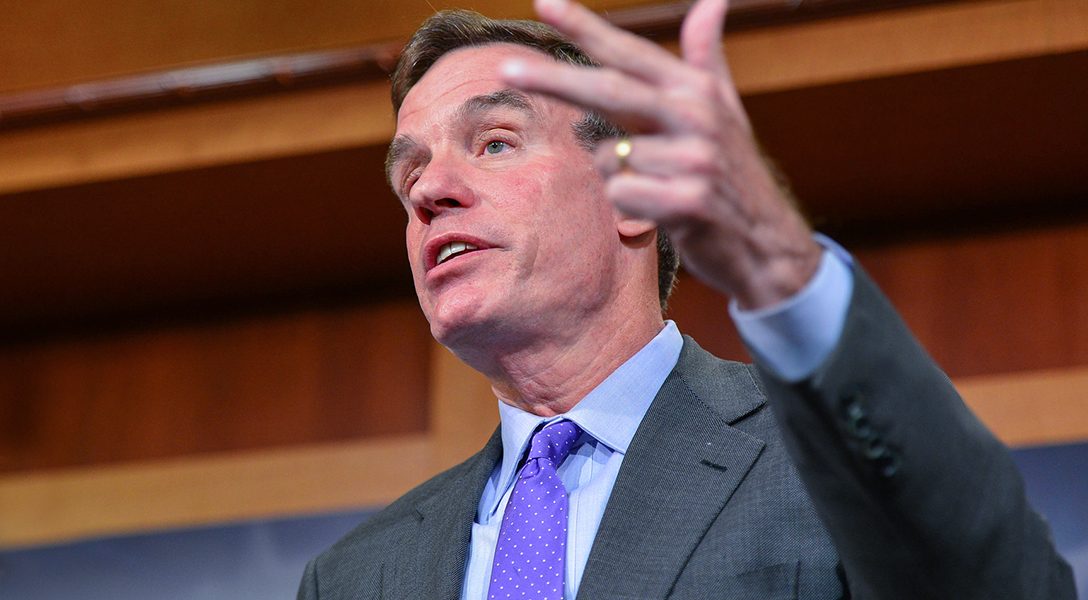 Sen. Mark Warner (D-VA) has proposed 20 ideas to combat disinformation, protect user privacy, and promote competition in the tech industry. Sen. Warner's background in telecommunications and his service as Vice Chair of the Intelligence Committee contributed to his interest in these matters. No action is expected to be taken on these proposals in the current Congress. Photo credit: Senate Democrats / Flickr (CC BY 2.0)
Editors' Picks

The author writes, “In all, the bill would authorize a $717 billion national defense budget topline, including $616.9 billion for the base Pentagon budget and $21.9 billion for nuclear weapons programs under the Energy Department. Another extra $69 billion would be authorized to fund US war efforts under the Overseas Contingency Operations account.”

Trump and the Politics of Neoliberal Destruction (Reader Luke)

The author writes, “Even though the proto-fascism of Trump represents a dangerous tendency, avoiding the political and ideological dead-end of anti-Trumpism demands that we keep the focus of our analysis and agitation on the ongoing structures of the white supremacist, colonial/capitalist patriarchy and not individuals and personalities if we want to avoid doing the ideological dirty work of the ruling class.”

The author writes, “While some Silicon Valley giants grapple with the ethics of offering cutting-edge artificial intelligence technology to military and law enforcement agencies with histories of abuse, Amazon, apparently, has no reservations.”

The author writes, “If the victory of a twenty-eight-year-old woman of color with a well-defined left-wing platform, no institutional support, and a deep appeal to her community over a senior Democratic politician makes you fret about the party’s future, then you have no idea what the Democratic Party needs to do to secure power.”