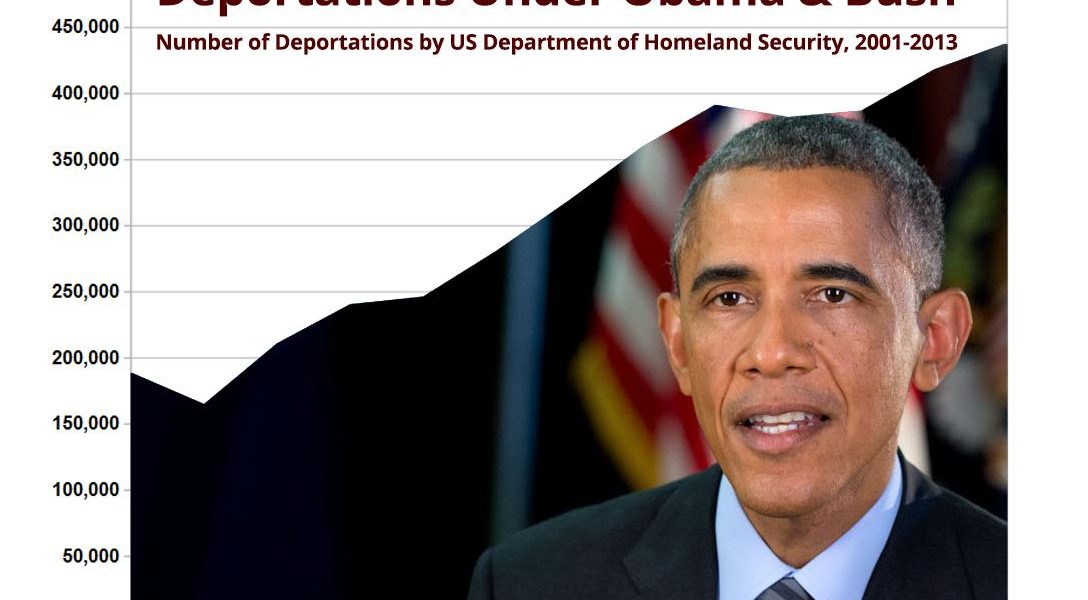 Charting the News: Immigration has been a major topic in US political campaigns this year. When listening to the arguments, keep in mind deportations under the Obama administration reached a record high of 438,421 in 2013. There are about a million fewer unauthorized Mexican immigrants in the US now than in 2007. About this photo: President Barack Obama  Photo credit: Adapted by WhoWhatWhy from White House
Editors' Picks

The groups have the same enemies, but now are fighting each other because one is backed by yet a third enemy, the (mutually) hated Turks.

Thanks to the General Services Administration, which provides a hefty federally-allocated stipend to former presidents, notable Clinton staff and private enterprise found funding. Why technically not illegal, the recent report shows the Clintons once again overlapping private and public interest.

A report released on Tuesday notes that cluster bombs have been used in Syria by Russia and in Yemen by the Saudi-led coalition supplied with US-made cluster bombs. US nor Russia have signed the international treaty banning cluster bombs.

Like Democrat outsiders, Tea Party conservatives failed to win their primary races against Republican establishment opponents. Thus, as the writer notes, Donald Trump is the only outsider candidate with staying power.

If a vegan diet isn’t enough for you, you can always go fruitarian – as close to 100 percent fruit as possible. But what about all that sugar?