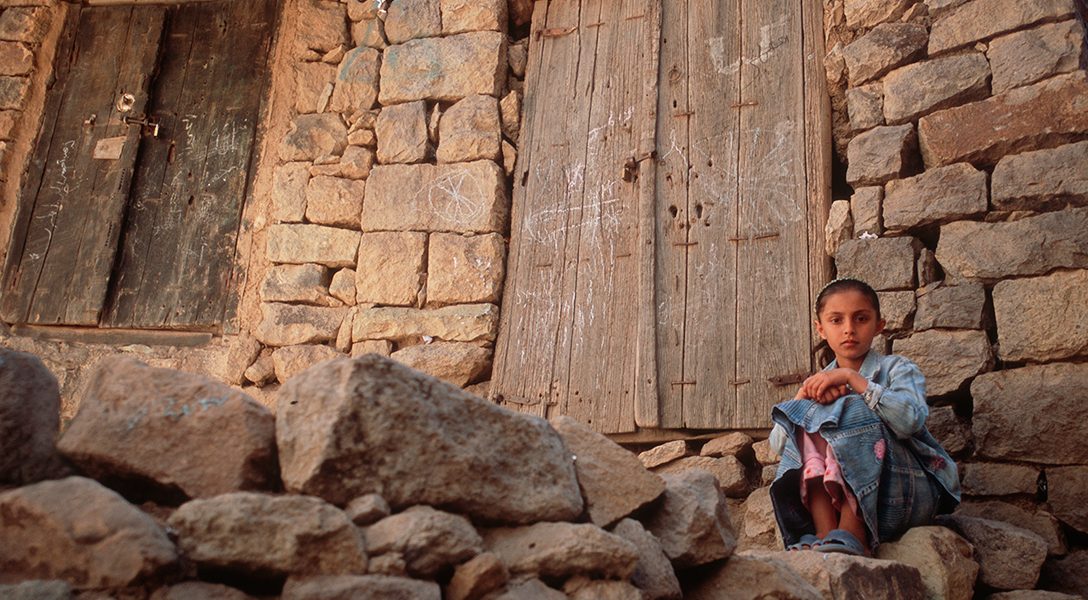 Facing Famine: Saudi blockades and destruction of infrastructure are putting millions of people in Yemen at risk of starvation. This is an act of man, not of god. Photo credit: Carl Waldmeier / Flickr (CC BY-NC-ND 2.0)
Editors' Picks

“From Ronald Reagan to Barack Obama, from Margaret Thatcher to Tony Blair, Shadow World reveals the shocking realities of the global arms trade, the only business that counts its profits in billions and its losses in human lives.” The film will be broadcasted tonight, and begins online streaming tomorrow.

Mugabe Holds On in Zimbabwe (Dan)

Last week’s coup is still in progress in Zimbabwe. Or so it appears. Current Prime Minister Robert Mugabe, originally part of the group of African independence leaders, is barely holding on to power. Many believed he would announce his resignation during a speech on Sunday. He didn’t.

The Guardian writes that “Concerns over low wages, zero-hours contracts and mishandling of sexual assault claims are at root of unrest.”

Jack Ruby invited an FBI informant to come “watch the fireworks” during Kennedy’s parade. And that isn’t all.

An Update from Syria (Dan)

“De-escalation zones” were established by Russia, Iran and Syria. They are failing for one reason: how do you de-escalate conflict while fighting against terror groups?