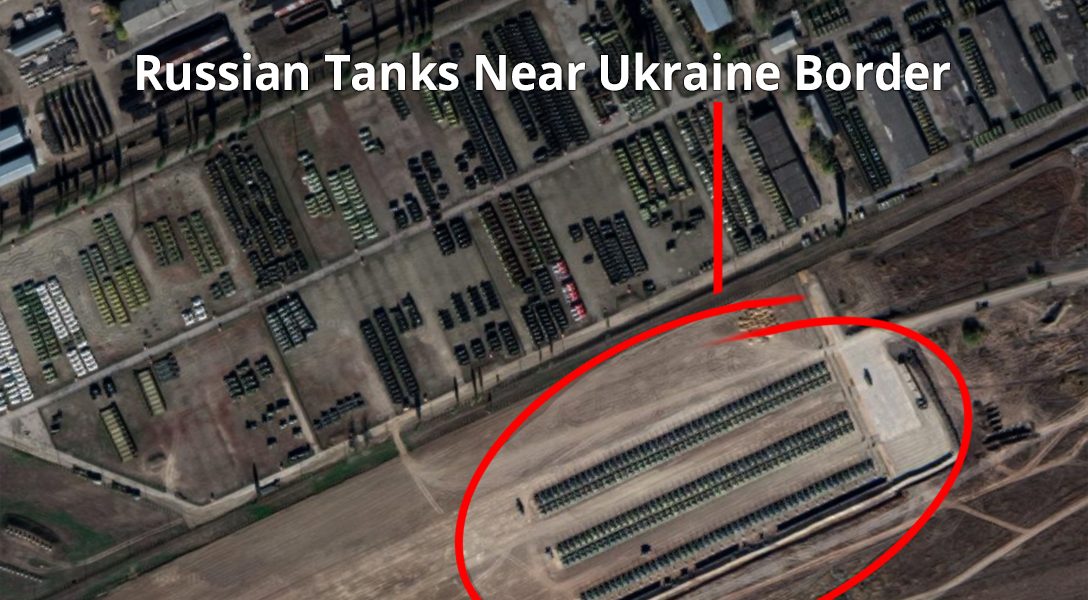 From the Defence Blog: "The large-scale military base [is] only 18 kilometers away from the border ... toward rebel-held territory in eastern Ukraine. Images show hundreds of main battle tanks [such] as T-64s and also T-62Ms, while a thousand military trucks, artillery systems, and tankers are located slightly higher." Photo credit: Google Maps
Editors' Picks

The risk of environmental disaster from drilling at the mouth of the river is just too great, said the country’s environmental regulator.

William Blum — who “produced, and contributed to, exposés in books and other media about what he called misdeeds by the United States at home and abroad that were carried out in the name of national security” — died Sunday in Virginia.

From the Atlantic: “The untold story of how anger became the dominant emotion in our politics and personal lives — and what we can do about it.”

The author writes, “The Washington Post has published a curious op-ed written by 44 former Senators who vaguely warn of an impending threat to American democracy.”

The author writes, “The report by the Union of Concerned Scientists details how Interior Secretary Ryan Zinke and his minions have in the space of two years turned Interior from a steward of public lands and natural resources into a front for the mining and oil and gas industries.”

A Tragedy in Yemen, Made in America (Jimmy)

From the New York Times: “Tracing an airstrike halfway around the world back to an American bomb factory.”

The author writes, “ICE said Tuesday that the arrests were of immigrants suspected of being in the United States illegally and took place from early July to November. They were the result of background checks conducted on potential sponsors of unaccompanied migrant children placed under the care of the Department of Health and Human Services.”

The author writes, “Sanders supporters urged the Atlanta-based federal appeals court, which held hearings in Miami on Tuesday, to revive a lawsuit in which they accused the DNC of shrugging off Sanders as a presidential candidate and diverting resources to help Clinton win the party’s nomination for president.”

The author writes, “Ousted from office and stripped of his pension, the first California judge to be recalled in nearly a century is now asking people to donate to his failed campaign before the end of the year, so he can pay $135,000 in court-ordered attorney’s fees to his victors’ lawyer.”

The author writes, “The Arctic is experiencing a multi-year stretch of unparalleled warmth ‘that is unlike any period on record,’ according to the 2018 Arctic Report Card.”

The author writes, “A committee of employees at Amazon’s recently opened Staten Island fulfillment center is going public with a unionization campaign, a fresh challenge to the e-commerce giant in a city where it plans to build a major new campus.”

From ProPublica: “If you claim the earned income tax credit, whose average recipient makes less than $20,000 a year, you’re more likely to face IRS scrutiny than someone making twenty times as much. How a benefit for the working poor was turned against them.”