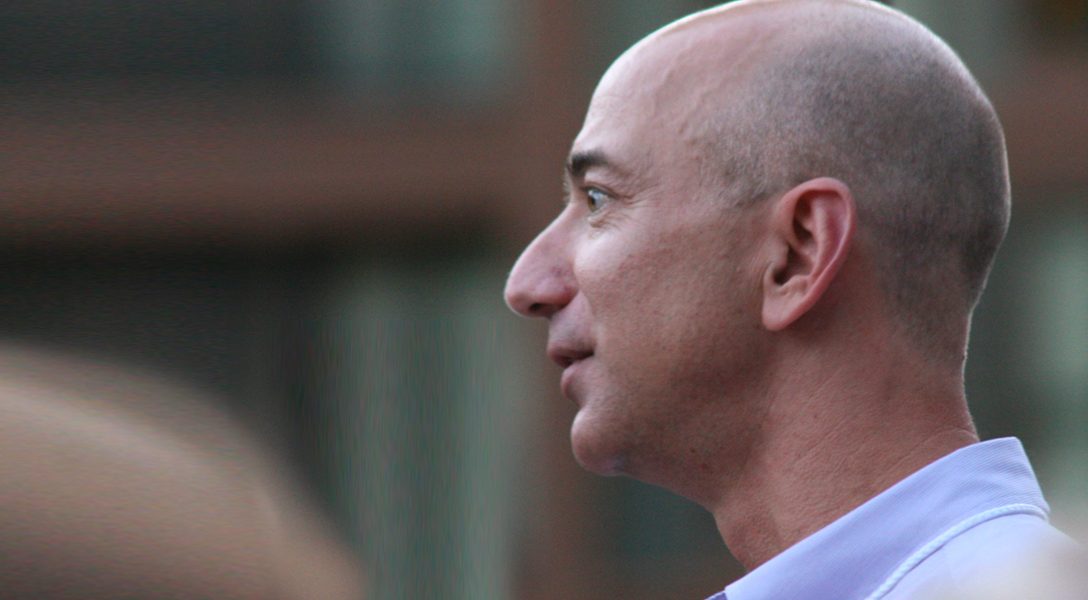 Sen. Bernie Sanders (D-VT) has introduced legislation to tax companies to cover the government benefits their employees receive. The legislation would target companies with over 500 employees that don't pay workers a living wage — like Amazon and Walmart. Rep. Ro Khanna (D-CA) offered a version of the bill in the House last year called the Corporate Responsibility and Taxpayer Protection Act of 2017. Photo credit: Adapted by WhoWhatWhy from Doc Searls / Flickr (CC BY 2.0)
Editors' Picks

What may be “the biggest prison work stoppage in history” is set to end this Sunday. Though stories on the 20-day strike — which has also spread to ICE detainees — have appeared in publications including the New Yorker and Teen Vogue (and details have trickled out via the anonymous Incarcerated Workers Organizing Committee), much remains hidden from reporters and thus the public. Unacceptable living conditions behind bars are not uncommon. It is also not uncommon for those in prison who try to speak up about such conditions to be punished with solitary confinement — a practice some experts have classified as torture. The US spends $182 billion per year on its correctional system; meanwhile, many major corporations benefit from inmates’ labor.

The author writes, “The streets of San Francisco — hilly, curvy, cinematic and, in recent years, a bleak showcase for the mentally ill and economically displaced — have long reflected this eccentric city’s governing priorities and many civic contradictions. … But a new mayor has taken office.”

The author writes, “A group of House Democrats is preparing a new bid to force the Trump administration and US partners Saudi Arabia and the United Arab Emirates to rein in a devastating military campaign that has caused thousands of deaths in Yemen.”

Inside Israel’s Secret Program to Back Syrian Rebels (Reader Luke)

The author writes, “Israel secretly armed and funded at least 12 rebel groups in southern Syria that helped prevent Iran-backed fighters and militants of the Islamic State from taking up positions near the Israeli border in recent years, according to more than two dozen commanders and rank-and-file members of these groups.”

Ellsberg Says Assange, as a Journalist, Can’t Be Tried Under Espionage Act (Jimmy)

The author writes, “In an interview with Consortium News Editor-in-Chief Joe Lauria, Pentagon Papers whistleblower Daniel Ellsberg says the Espionage Act, under which he was indicted, cannot apply to Julian Assange because he is a journalist. Speaking during an online vigil for Assange organized by Unity4J.com, Ellsberg told Lauria that the motive for US leaders to protect their secrets and go after Assange has nothing to do with their mantra of ‘national security.’”

The author writes, “President Trump, who just five months ago said he wanted ‘to get out’ of Syria and bring US troops home soon, has agreed to a new strategy that indefinitely extends the military effort there and launches a major diplomatic push to achieve American objectives, according to senior State Department officials.”