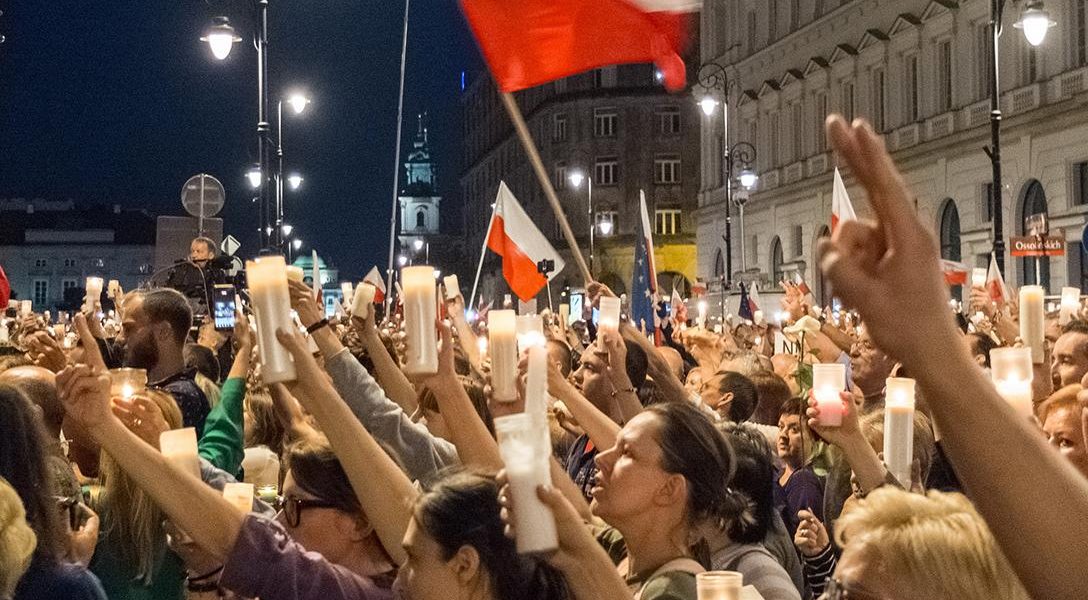 Authoritarianism on the March? Poland’s Senate passed a law Saturday that will give the nationalist ruling party extensive control over the judiciary. About this photo: Demonstrations in front of the Polish parliament against the new law, July 18 2017. Photo credit: Grzegorz Żukowski / Flickr (CC BY-NC 2.0)
Editors' Picks

The drone attack was thought to be targeting a Taliban compound. The dead police officers included two top commanders.

‘Hard’, ‘Soft’, “Long’, ‘Short’…now ‘Possible’? Who knows when ‘Brexit’ will actually happen given the current state of UK leadership.

According to an associate, “he thinks he’s earned the right to run again, and he believes if he would have been the [Democratic] candidate he would have won against Trump.”

In a weird twist, the GOP is saving many beloved programs. See them here.

Marine Gen. Joseph Dunford, an Obama holdover, stresses that while ‘unlikely’, a military option against North Korea should be entirely ‘unimaginable’.