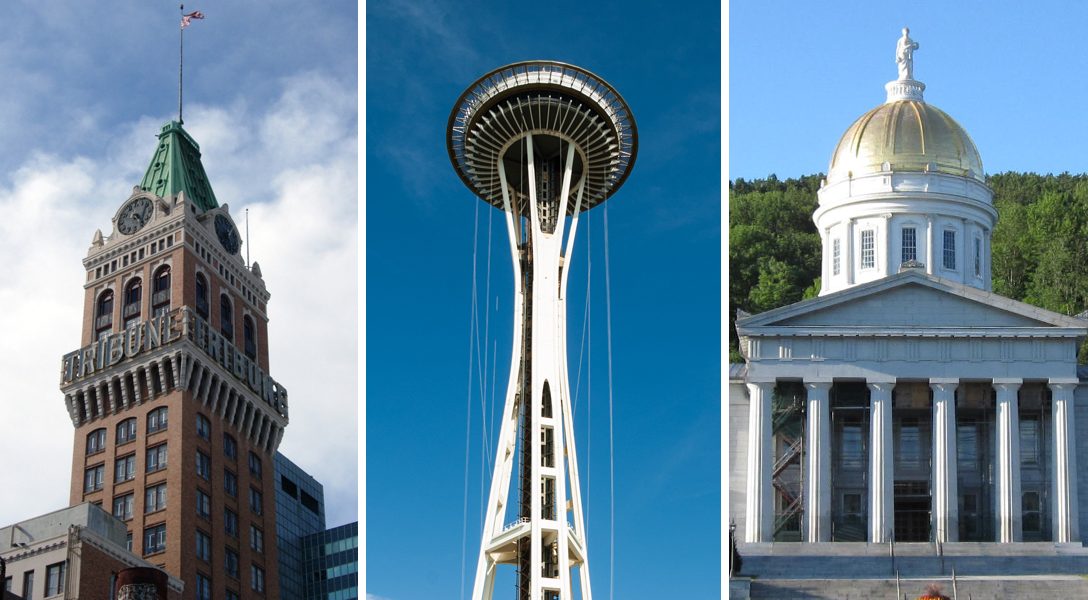 Sanctuary: The Department of Justice sent letters to the City of Oakland, the City of Seattle, and the State of Vermont, demanding various measures to compel cooperation with federal agencies to enforce federal immigration laws. The jurisdictions are threatened with funding cuts and possible repayment of past funding. Photo credit: Adam Engelhart / Flickr (CC BY-SA 2.0), Tom Pavel / Flickr (CC BY 2.0), and Doug Kerr / Flickr (CC BY-SA 2.0).
Editors' Picks

The author writes, “The breakthrough could help solve the global plastic pollution crisis by enabling for the first time the full recycling of bottles. The new research was spurred by the discovery in 2016 of the first bacterium that had naturally evolved to eat plastic, at a waste dump in Japan.”

The author writes, “Internet service providers celebrated four months ago when the Federal Communications Commission voted to eliminate nationwide net neutrality rules that prohibit blocking, throttling, and paid prioritization. But now internet service providers in California are terrified that they could end up facing even stricter rules being considered by the California legislature.”

Expect to see higher prices at the pump in the upcoming months, and not just because of the seasonal increase.

During his confirmation hearing for Secretary of State, Mike Pompeo stated that “hundreds of Russians were killed in Syria.” Pompeo offered the report to show the Trump administration has indeed been hard on Russia and Vladimir Putin.

Your profile may be personal, but it’s certainly not private. At least not from your employer or fellow employees.