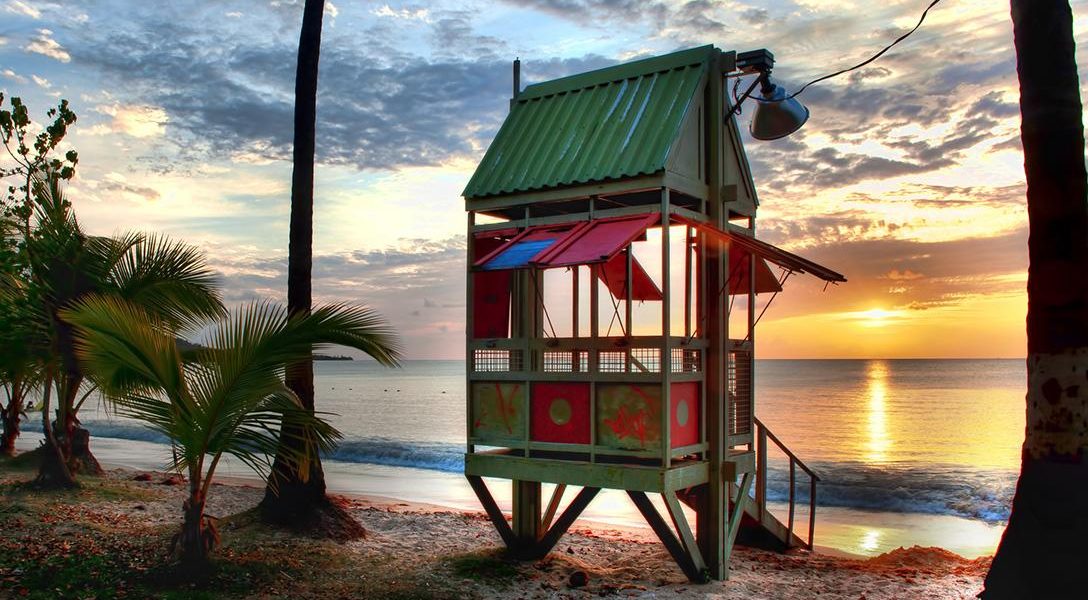 In the News: Puerto Rico’s leadership decided on Wednesday to place their debt crisis into federal bankruptcy court. This move makes Puerto Rico the largest United States government entity to seek federal assistance  from its creditors in American history. The outcome of this case could assist in deciding the fate of other troubled states, such as Illinois and how their financial issues are resolved. Recently, the island has been experiencing the departure of many of its professionals and well educated citizens. The decision to move towards bankruptcy is perceived as a sign that the island has a dim future ahead. Photo of lifeguard shack in Boqueron, Puerto Rico. Photo credit: Jose Zayas / Flickr (CC BY 2.0)
Editors' Picks

Year-over-year totals include GM at -6%, Ford at -7.2%, Toyota at -4.4% and Fiat-Chrysler -7.0%. This author cautions “the big second quarter GDP bounce economists expect is highly unlikely, to say the least.”

Scientific Analysis of ‘The Resistance’ (Russ)

With all these rallies on the Mall, Dana Fisher has plenty of chances to ask why people demonstrate.  Note that ‘the resistance to Trump’ isn’t slowing down.

Trump Set to Ease up on Church Participation in Politics (DH)

President Trump is scheduled to sign an executive order today to make it easier for religious organizations that act politically to keep their tax-exempt status.

Three members of CODEPINK were convicted Wednesday, including Desiree Fairooz, who could spend a year behind bars for laughing at a statement crediting Sessions with “treating all Americans equally under the law.” “CODEPINK will continue to speak out and yes, laugh, when our elected officials lie to us,” said a spokesman for the group.

Brittny Mejia writes, “The Texas Senate on Wednesday approved a controversial ‘sanctuary cities’ ban that would make it a crime for law enforcement to refuse cooperation with federal immigration officials.”