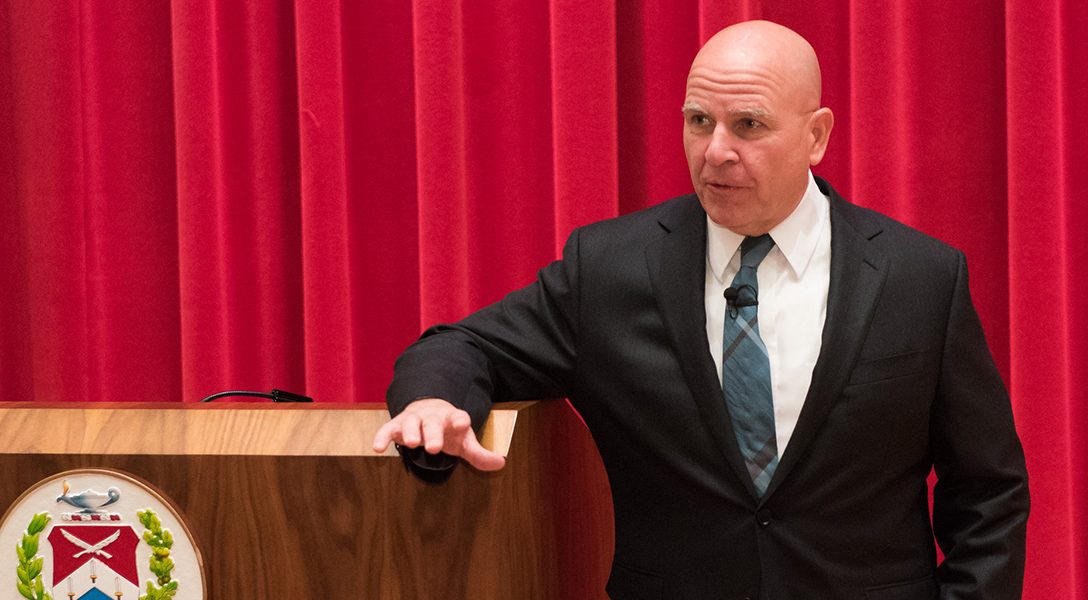 Cyber Cold War Lexicon: HR McMaster's use of the Russian term maskirovka — to mask or hide — in a recent speech has led to speculation about his departure from the Trump administration. She also covers the English translation of other Russian words such as kompromat, polezny idiot, trepotney, and vranyo. Photo credit: NDU Audio Visual / Wikimedia (CC BY-NC 2.0)
Editors' Picks

A Russian Word You Should Know

It’s a powerful lobby that politicians, including presidents, have not been able to stand up to. But now a handful of students from Parkland High School, after the shooting there that killed 17, are taking on the NRA.

That is, in the Kurdish-controlled region of northern Syria. In accordance with the ideas of the jailed leader of the Kurdistan Workers’ Party, Syrian Kurds are enacting measures to ensure fairer treatment of women — including aiding wives in abusive and/or polygamous marriages.

The author writes, “Taiwanese officials announced February 22 that major restaurant chains will no longer provide plastic straws for in-restaurant use in 2019 and that the ban will expand to all restaurants by the year 2020. Beginning in 2025, customers will have to pay extra for any plastic straws, shopping bags, plastic utensils, and plastic cups until the full ban comes into effect by 2030.”

The author writes, “Yes, despite Russiagate, despite shitholegate and despite whatever gate he blunders through next. Despite approval ratings that would make Nixon weep. Despite his mind-numbing political misjudgments — defending accused pedophiles, for example — and the endless, unnecessary daily drama. Trump is winning. It is actually happening, people.”

While President Trump might not be around to hear your case, Donald Jr. can be seen strolling around the lavish halls of his father’s properties. He also knows how much money you spent on rooms, conferences, and other events that rake in cash for Trump properties. Unlike direct political contributions, this money doesn’t have to be disclosed. Book now!

The author writes, “The Trump administration has decided that it needs no new legal authority from Congress to indefinitely keep American military forces deployed in Syria and Iraq, even in territory that has been cleared of Islamic State fighters, according to Pentagon and State Department officials.”

The US and Russia have both accepted a UN-brokered ceasefire, yet firefights and bombings still dominate Syrian cities like Ghouta. The terms of the agreement allow the Syrian government to continue fighting those defined as terrorists.