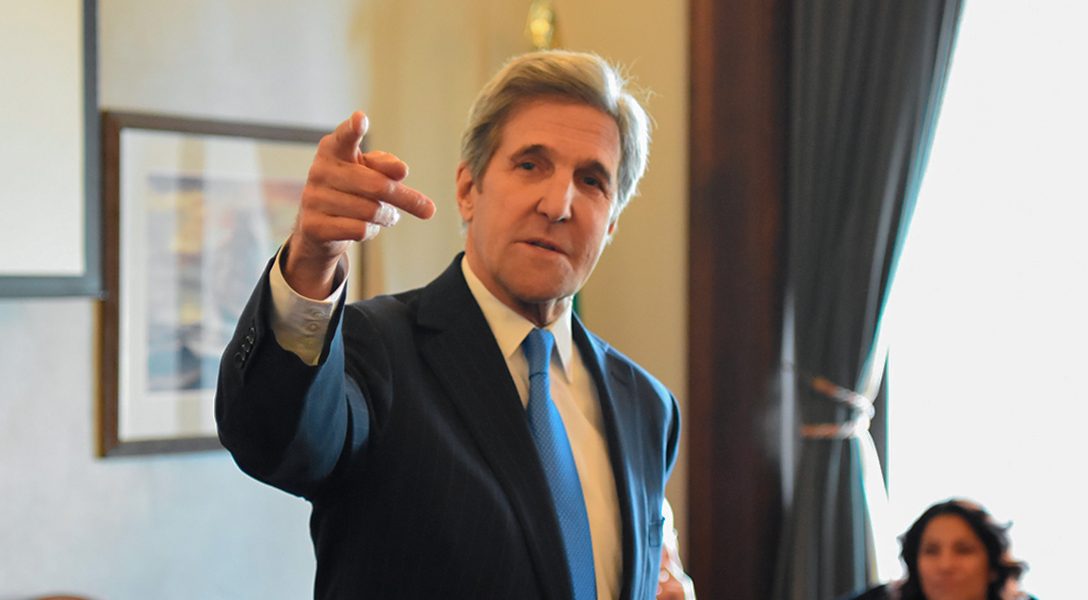 Former secretary of state and possible 2020 presidential candidate John Kerry had what Republicans are calling inappropriate meetings with Iranian officials. The meetings were first reported in May by the Boston Globe. This month President Donald Trump tweeted about "illegal meetings" and Secretary of State Mike Pompeo spoke critically of the meetings. Now Sen. Marco Rubio (R-FL) has asked the Department of Justice to launch an investigation. Photo credit: Jay Inslee / Flickr (CC BY-ND 2.0)
Editors' Picks

Polish president Andrzej Duda visited the White House on Tuesday to discuss building a “Fort Trump” in his country as a bulwark against possible Russian threats. The suggestion was met with ridicule in Poland, but, given the current feelings toward Russia, the proposed US military base may still happen.

The author writes, “Mo’men Abu Ayadeh, 15, was shot in the head by an Israeli sniper on Wednesday night near the fence east of Rafah, the spokesperson for the health ministry Ashraf al-Qidra said.”

The author writes, “The sole voice of dissent belonged to CodePink co-founder Medea Benjamin, who managed to get on stage after [Brian] Hook’s speech and before the Q&A, to accuse Hook of ‘making the case for war with Iran.’ She asked, ‘how did war with Iraq turn out?’ before being carted off by two men. Her appearance was edited out of the Hudson Institute’s feed, but C-SPAN3 carried it.”

The author writes, “A regional council in western Ukraine has passed a motion to ban all Russian-language books, films, and songs in the region. The legislature in the Lviv region voted on Wednesday to ‘impose a moratorium on the public broadcast and use of Russian-language content’ until Russia withdraws all of its troops from Ukraine. It was not immediately clear how the ban would be enforced.”

How does the world’s largest social media company plan to stop “fake news” and alleged misinformation campaigns by foreign actors ahead of upcoming elections? By creating a “war room” of data scientists, engineers, and executives.