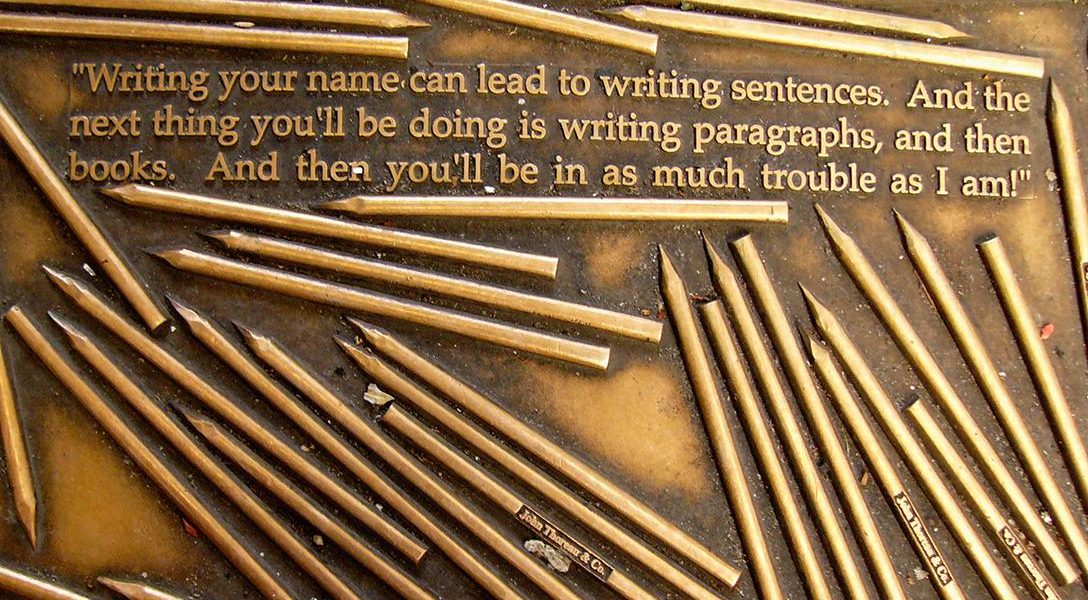 Great Quotes: The Thoreau memorial plaque on Library Way in New York City features the quote shown in the image above. According to the The Walden Woods Project, this is often misattributed to Henry David Thoreau. "This quotation is spoken by the character of Thoreau in the 1970 play, The Night Thoreau Spent in Jail, by Robert Edwin Lee and Jerome Lawrence, but does not appear in any of Thoreau’s writings.”  Photo credit: Kathleen Conklin / Flickr (CC BY 2.0)
Editors' Picks

Study: Risk of 35-Year Drought Rising in US Southwest (Milicent)

The risk, a consequence of global warming, can be cut by reducing greenhouse gas emissions.

NYC Could Flood Every 20 Years (Russ)

According to scientists, New York City could begin experiencing climate change-related, hurricane-driven flooding, with surges as high as nine feet.

Rural hospitals are the first to benefit. Zipline drones are delivering blood, plasma, and coagulants in small packages attached to parachutes.

The Rotting of Mass Transit (Russ)

Politicians are afraid to ask for taxes to keep up infrastructure, and this threatens public safety and basic transportation.

The action seems to be a response to a question from WYPR-FM’s P. Kenneth Burns about how Baltimore PD’s state agency status impacts her ability to reform the department in response to the Justice Department’s report detailing officer civil rights violations. She accused Burns of physically threatening her and members of her staff, but provided no details as to how.