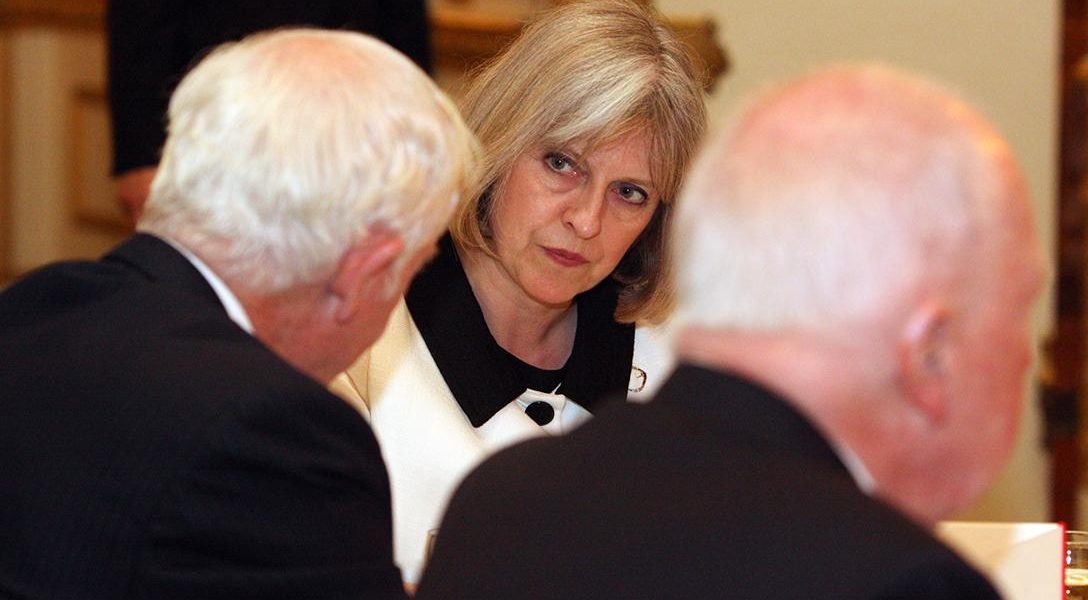 In the News: Prime Minister Theresa May’s government has given the public until January 10 to comment on implementation of section 40, an as yet unused part of the 2013 British Crime and Courts Act. Section 40 gives litigants a hammer to wield against the press. It requires a publisher to pay the accuser's legal costs in a libel action regardless of the outcome. Win or lose the publisher pays. About this photo: Theresa May, 2013. Photo credit: Foreign and Commonwealth / Flickr (CC BY 2.0)
Editors' Picks

Economist Ann Pettifor argues that there is a reason mainstream economic policies insist on bailing out bankers and not the poor. “Unsurprisingly, these flawed theories and models are a great comfort to financial elites – which is why so many economists are hired and funded by big banks, corporations and the wealthy,” she writes.

As many heard last week, Trump is asking Congress to pay for the campaign-pledged border wall along the US-Mexico border. Mexico will “repay us” on the backend, according to Trump. This payment plan not only confuses many Trump voters – who were promised Mexico would pay – but angers hard-line conservatives who now have to find spending that offsets any money set aside for an expensive border wall.

Iceberg Size of Delaware About to Break Off from Antarctica (Russ)

Researchers say it could cause the collapse of a massive ice shelf on the continent. What will the deniers say about that, one wonders.

Establishment Republicans are teaming with post-election embittered Democrats to punish Russia for alleged hacking claims – and it is their candidate that won!

Super cynical ploy to convince minorities that renewable energy is somehow bad for them.

US Lists Bin Laden’s Son as a Terrorist (Dan)

The 27-year old is now on the terrorist watch list, placing many limitations on travel and financing. The son of the infamous Saudi terrorist pledges revenge  for the death of his father as well as retribution against the West for many grievances shared by his late father. Proof again that ideology is not mortal.