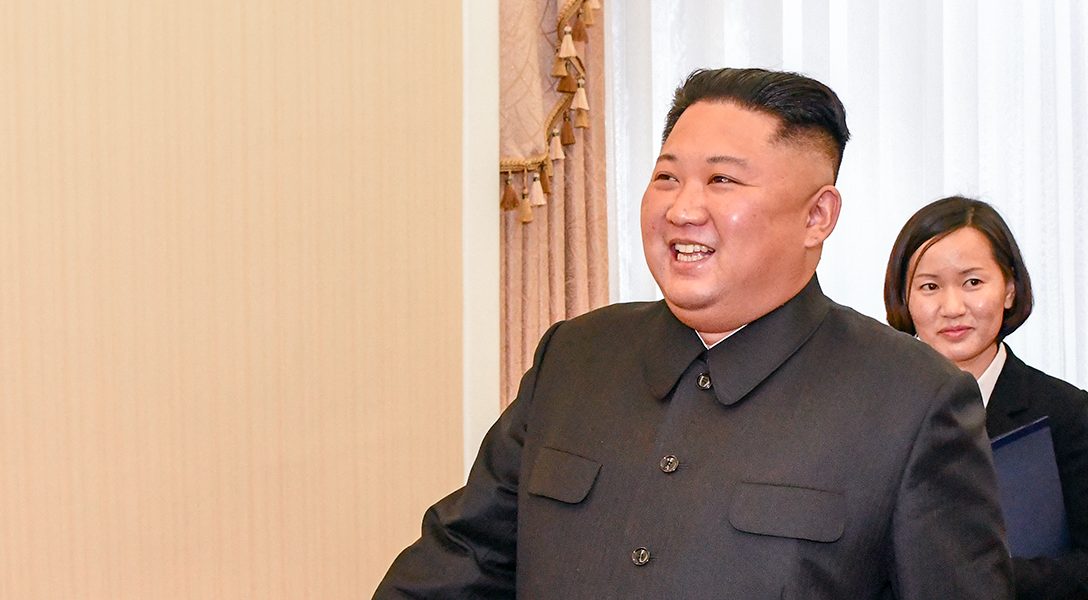 The author writes: “With a second US-North Korea nuclear summit looming in February, researchers have discovered a secret ballistic missile base in North Korea — one of as many as 20 undisclosed missile sites in the country, according to the researchers’ new report.” Photo credit: US Department of State / Flickr
Editors' Picks

World’s 26 Richest People Own as Much as Poorest 50%, Says Oxfam (Tom)

The author writes, “The growing concentration of the world’s wealth has been highlighted by a report showing that the 26 richest billionaires own as many assets as the 3.8 billion people who make up the poorest half of the planet’s population.”

Four Women Left Water for Migrants in the Arizona Desert. Now They May Go to Prison (Reader Steve)

The author writes, “The four women had slipped into the Cabeza Prieta National Wildlife Refuge on the US-Mexico border to leave 1-gallon jugs of water, along with food and other supplies, for migrants crossing the rugged desert, The Arizona Republic reported.”

The author writes, “A female EVA Air flight attendant accused a passenger of sexual harassment and has threatened to sue the man after she was allegedly forced to undress him and wipe his behind after he used the bathroom.”

Meet the Team Behind CNN Brasil: A Businessman Accused of Exploiting Slave Labor and an Executive From a Fox News-Style Outlet (Jimmy)

The author writes, “Last Sunday, CNN announced that it will launch a Portuguese-language channel in Brazil. The US-based cable news channel will roll out the latest foreign operation to bear the CNN brand through a license. However, the scandal-prone records of the two Brazilian partners behind the venture are already raising questions over the forthcoming channel’s credibility.”

From NBC News: “Marzieh Hashemi is an anchor for Iran’s English-language state broadcaster. US officials say in partially unsealed court documents that she is being held as a material witness in an undisclosed investigation and will be released after testifying before a grand jury.”

The author writes, “Erin Brockovich, the activist whose crusade against PG&E spawned a hit movie, will appear with wildfire survivors at the Capitol in Sacramento to protest the utility’s plans to file for bankruptcy.”

The author writes, “A GOP lawmaker has a novel idea for how a border wall with Mexico should be funded: Force every Arizonan who wants to access pornographic material on an electronic device to pay $20.”